"Just Another Day" Features Stars from "The Wire" 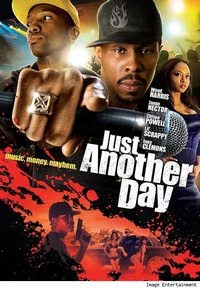 I learned from AOL Black Voices blog, "BV on Movies" about a recent film reuniting stars from The Wire.

, are reunited in Just Another Day, a Hip-Hop film coming to home video on July 20.


Just Another Day, which is directed by Peter Spirer, focuses on two men – one struggling at the top and the other struggling at the bottom of the volatile hip-hop scene. Their paths cross over the course of 24 hours.

Hector plays Young Eastie, a rapper who is willing to do anything to get his first record deal. Young Eastie hopes to get a deal through his hero, the legendary A-Maze (Harris), who believes that he is losing his own place at the top of the Hip-Hop industry. A-Maze will use anyone to stay on top, to hold onto his notoriety – even Young Eastie.