You can support Leroy via Paypal or on Patreon:

POLITICS - From Truthout:   The final two races of the 2020 federal election cycle were officially certified on Tuesday, with Democrats Rev. Raphael Warnock and Jon Ossoff declared the official winners of their respective U.S. Senate races against Republican incumbents Kelly Loeffler and David Perdue in Georgia.

SCANDAL-POLITICS - From Deadline:   The actors union, SAG-AFTRA, finds "probably cause" to expel one of its more infamous and hilarious members, former President Donald.

STREAMING - From BleedingCool:  In March, the streaming service, "CBS All Acess," becomes "Paramount+."  A new line-up of series has also been announced.

AWARDS - From Deadline:  The winners of the International Documentary Association's "IDA Awards" have been announced.  Netflix's "Crip Camp," about a unique summer camp for disabled kids and its role propelling the disability rights movement, won "Best Feature."

STREAMING - From OneRing:   There is now an official synopsis for Amazon's "Lord of the Rings" series.

BLM - From YahooNews:   Black Americans react to the pro-Trump riot at the U.S. Capitol

INSURRECTION - From TheAtlantic: The Boogaloo Bois prepare for civil war.

From Deadline:  Legendary music producer and convicted murderer, Phil Spector, has died at the age of 81, Saturday, January 16, 2021 from COVID-19 complications.  Spector was known for the "Wall of Sound," an approach to pop music that hit the listener with a dense symphonic array.  He wrote, co-wrote, and produced hits for "the Crystals," "the Ronettes," and Ike and Tina Turner.  He later produced the Beatles album, "Let It Be" (1970).  He also produced or co-produced several solo albums for Beatles members, John Lennon and George Harrison.  In 2009, he was convicted for the 2003 killing of actress Lana Clarkson.

ASSAULT ON THE CAPITOL:

From RollingStone:  "American Unity Is a Fantasy" - National harmony is impossible without true accountability, especially when a major political party enables sedition and white-supremacist terrorism

From Buzzfeed:   BuzzFeed News spoke to two Black officers who described a harrowing day in which they were forced to endure racist abuse — including repeatedly being called the n-word — as they tried to do their job of protecting the Capitol building...

From NBCNews:   Some Democrats in Congress are worried their colleagues might kill them

From Truthout:   At least 28 law enforcement officers from 12 states have been identified as attendees of the so-called “Save America” rally in support of Donald Trump that sparked the storming of the U.S. Capitol building on January 6

From RSNWashPost:   President Donald watched TV while the U.S. Capitol Building was under siege.

From YahooSports:   A so-called "Olympic hero" was part of the riot at the U.S. Capitol on Jan. 6th.  Swimmer Klete Keller won silver and bronze medals at the 2000 Sydney Games; gold and bronze at the 2004 Athens Games; and gold at the 2008 Beijing Games.  Now, he has won Nazi gold for appearing at the white supremacist games.

From RSNNewYorker:  What Should We Call the Sixth of January 2021?

From Truthout:  The Right Is Planning More Armed Coup Attempts, According to the FBI

From NBC2:  Police found a pickup truck full of bombs and guns near Capitol, feds say

From Fox5DC:  A second police officer who responded to the Wednesday, Jan. 6th Trump-incited riot at the U.S Capitol building.  Some media outlets are reporting the death of Howard Liebengood, 51-years-old, as an "off-duty" death.  The local Fox affiliate, "Fox 5" TV station, is among those reporting Liebengood's death as a suicide connected to the riot.

Posted by Leroy Douresseaux at 3:47 PM No comments:

SPIDER-MAN 3 - From ScreenRant:  Recent set photos from Sony/Marvel's third "Spider-Man" film indicates that the film may be partly set during Christmas.

MOON KNIGHT - From THR:  Actress May Calamawy has been cast in an unnamed key role in Marvel Studios' "Moon Knight"series.

CAPTAIN AMERICA - From Deadline:   Sources say that Chris Evan is in negotiations to reprise his role as "Steve Rogers/Captain America" in a future Marvel Cinematic Universe film.

HAWKEYE - From CBR:   Actress Hailee Steinfeld promises that her portrayal of "Kate Bishop" in the Disney+ series, "Hawkeye," will be "comics-accurate."

DEADPOOL 3 - From Collider:   Marvel Studios boss, Kevin Feige, says that "Deadpool 3" will be part of the Marvel Cinematic Universe, but won't start filming until at least 2022.

SECRET INVASION - From Collider:  Marvel Studios boss, Kevin Feige, explains why "Secret Invasion" is a series and not a movie.

WHAT IF...? - From YahooEntertainment:   Marvel Studios boss Kevin Feige has confirmed that the late actor, Chadwick Boseman ("Black Panther") recorded a number of voice performances for Marvel's upcoming animated series, "What If...?"

TRAILERS AND VIDEO PREVIEWS FROM 2020:

From Newsarama:  This Disney+ Super Bowl TV spot focuses on the upcoming Marvel Studios TV series, "The Falcon and the Winter Soldier," "WandaVision," and "Loki."

From EW:  Here is the special look at "Black Widow" shown during the "College Football Playoff" Championship game between LSU (winner) and Clemson (Mon., Jan. 13th, 2020).

Click here for the 2020 edition of "Marvel Studios Negromancer Link-o-Rama."

Click here for the 2019 edition of "Marvel Studios Negromancer Link-o-Rama."

Click here for the 2018 edition of "Marvel Studios Negromancer Link-o-Rama."

Posted by Leroy Douresseaux at 1:51 PM No comments:

You can support Leroy via Paypal or on Patreon.

1/18 - From GazetteXtra:   A list of comic book stories that might help readers understand what is happening in "WandaVision."

1/14 - From YahooEntertainment:   When Paul Bettany was called in for a meeting at Marvel Studios, he thought he was being fired.  Instead, he was offered a TV show.

1/8 - From THR:  The Marvel Comics titles to read before "WandaVision" arrives.

1/4 - From IndieWire:  Everything you need to know about "WandaVision"

From Wikipedia:  "WandaVision" has a "Wikipedia" page.

Posted by Leroy Douresseaux at 1:31 PM No comments: 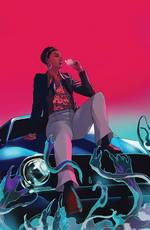 Posted by Leroy Douresseaux at 4:43 PM No comments:

Posted by Leroy Douresseaux at 4:43 PM No comments:

Posted by Leroy Douresseaux at 4:36 PM No comments:

Posted by Leroy Douresseaux at 4:34 PM No comments: