Review: "Avengers: Age of Ultron" is Bigger and Better 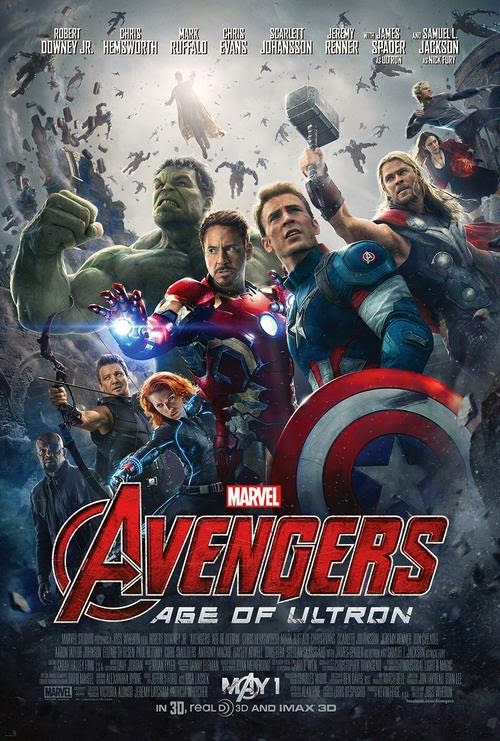 The answer to your likely first question is a resounding “Yes!”  It is good and even better than the first  movie, which was itself quite good.  I want to see this movie again.  Now, on to the formal review...

Avengers: Age of Ultron is a 2015 superhero movie written and directed by Joss Whedon and produced by Marvel Studios. The film, which is based upon the comic book created by Stan Lee and Jack Kirby, is the sequel to 2012's Marvel's The Avengers.  Jon Favreau and Stan Lee are among the executive producers of this film

Avengers: Age of Ultron opens in the Eastern European country of Sokovia.  There, The Avengers are in the midst of raiding a Hydra outpost led by Baron Wolfgang von Strucker (Thomas Kretschmann).  The Baron has been experimenting on humans using the scepter of Loki, Thor's villainous brother.  The Avengers retrieve Loki's scepter, but encounter the results of von Struker's experimentation, a twin brother and sister who now both possess super powers.

Tony Stark (Robert Downey, Jr.) a.k.a. Iron Man and Bruce Banner (Mark Ruffalo) a.k.a. the Hulk discover an artificial intelligence (A.I.) inside the scepter's gem.  They decide to use that A.I. to complete Stark's global defense project, but they don't tell their fellow Avengers about their experimentation.  The result is a dangerous new being calling itself “Ultron” (voice of James Spader) that decides to exterminate humanity and has the power to match the Avengers.

My summary of Avengers: Age of Ultron is wimpy compared to the actual size and scale of this movie.  Avengers: Age of Ultron, in terms of action, is as massive as one of Michael Bay's Transformers movies, but Age of Ultron is more entertaining than any Transformers movie by far.  In terms of story, this movie is big, encompassing multiple settings, enough characters for three movies, and a plot surrounded by multiple sub-plots.  Age of Ultron, however, does not collapse under its own weight, and it is not hard to follow.  Because the story has so much... well, story, I find myself ruminating over it still, two and a half days after I saw it.

Writer-director Joss Whedon is beloved by fans because the story writing and storytelling he brought to his television series, “Buffy the Vampire Slayer.”  Whedon takes fantasy seriously enough to be serious about crafting a story about vampire hunters and superheroes with all the careful consideration that other writers give to such Oscar winners as Terms of Endearment and A Beautiful Mind.  Concerning the parts of the script that deal with the personalities, motivations, and interior lives of the Avengers, Whedon makes Age of Ultron intimate, probing, and surprisingly individualized.

As I wrap up this review, Age of Ultron lingers in my mind.  I could talk about the eye-popping effects and the fantastic superhero action that are true to the comic book while simultaneously breaking free of the confines of the comic book page.  I could talk about the high-quality acting; the performers take these characters seriously, also.  However, I will say that with Avengers: Age of Ultron, Marvel Studios delivers again... and again... and again...  This is one of the best superhero films ever made.


Posted by Leroy Douresseaux at 6:43 PM