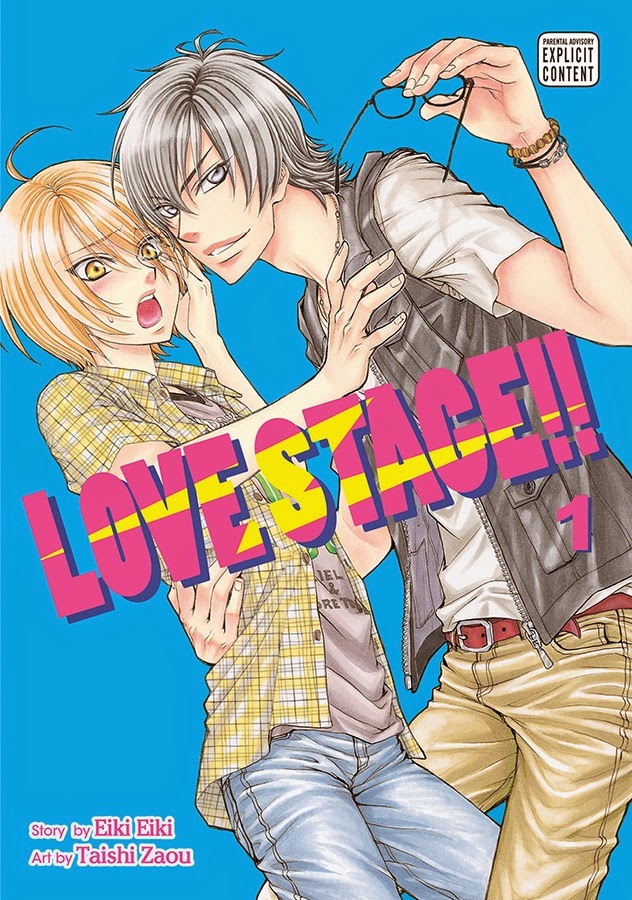 San Francisco – SuBLime, the leading global yaoi manga publisher in the English language, is proud to announce the launch of the romantic comedy LOVE STAGE!! on Tuesday, May 12th, 2015.

The yaoi manga series by noted creators Eiki Eiki and Taishi Zaou will be released in print and digital and is rated ‘M’ for Mature Readers. Individual print volumes will carry an MSRP of $12.99 U.S. / $14.99 CAN.

A digital version of LOVE STAGE will also be available for an MSRP of $5.99 U.S.  each and will offer fans digital access to all volumes in two ways on SuBLimeManga.com – a DRM-free downloadable PDF that is viewable on any enabled eReader device and computer as well as via the online manga viewer found on the web site.

Though his family is packed with famous celebrities, Izumi Sena is just your average guy. Currently a college student, he is a huge otaku with aspirations of becoming a manga creator. But one day he gets roped into filming a TV commercial and meets hot young actor Ryoma Ichijo. Could this be the same boy he starred in a commercial with over ten years ago?!

LOVE STAGE!! has been adapted into a drama CD as well as a popular 10-episode anime series that is available both on DVD and via streaming in the U.S. The creators of the manga also publish doujinshi (independent comics) under the name "Kozouya.” Fans can find out more about Eiki Eiki and illustrator Taishi Zaou at their website, http://www.kozouya.com/.

“Fans have been very excited for this release ever since we first announced during our manga panel at last year’s YaoiCon plans to publish LOVE STAGE!!,” says SuBLime Editor Jennifer LeBlanc. “The series’ creators, Eiki Eiki and Taishi Zaou, are renowned among legions of yaoi and shojo manga fans for their collaborative works and we are thrilled to debut their first title for the SuBLime imprint!”

Eiki Eiki is the creator of numerous yaoi and shojo manga. Her previous English-language releases include Train★Train, Millennium Prime Minister, and The Art of Loving.