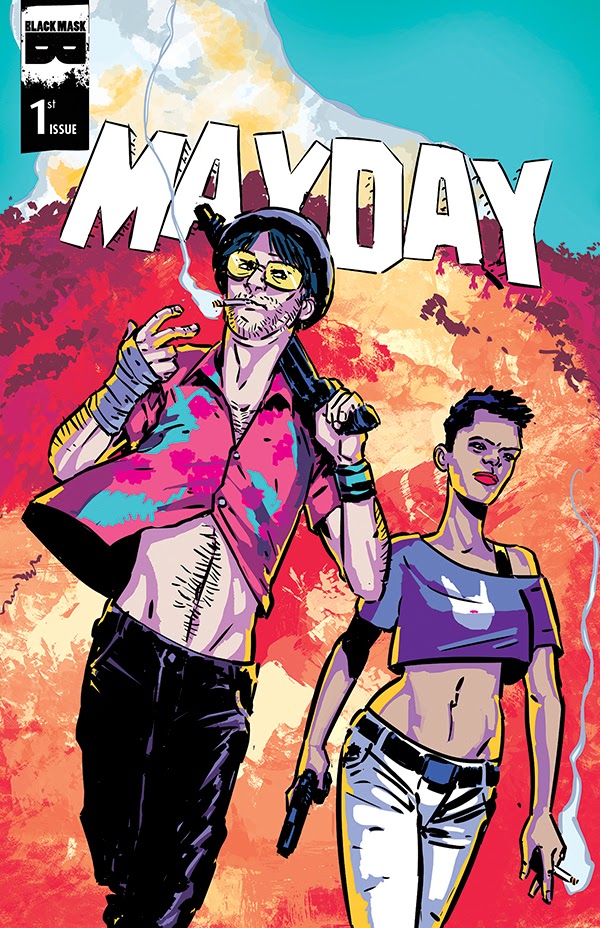 The intent is to adapt the material for a scripted television series.

MAYDAY lives in the underbelly of the Hollywood scene, where a washed-up, drug-addicted screenwriter and a transgender bartender stumble onto a Satanic cult’s plan to sacrifice people all across LA and bring on Armageddon. As our damaged heroes embark on a suicide mission to stop the crazy cultists, they begin to wonder if this is all really happening or if they're just plain crazy… Probably both.

MAYDAY marks Black Mask's latest foray into TV, joining the adaptations of Steve Niles and Christopher Mittens' THE DISCIPLES in development with Wes Craven at Universal Cable Productions and Frank Barbiere and Chris Mooneyham's FIVE GHOSTS in development with UCP and BenderSpink at Syfy where Evan Daugherty (Snow White And The Huntsman) is writing the pilot.

Imperative and Black Mask are currently out to writers to adapt MAYDAY. Imperative sees the show as a perfect fit for their multi-platform business model, which includes the ability to finance the series, feature films, book series, and video games.

MAYDAY #1 hit stores on April 29, 2015. It's currently sold out at Diamond Distribution, but still available at some retailers. If your local comic shop is sold out, ask them to back-order it using Diamond order code JAN151091.


About Black Mask Studios
Black Mask Studios is a publishing/production company that specializes in working with creators interested in utilizing technology to reach a range of audiences across multiple media platforms. Launched in 2013 by Brett Gurewitz (Bad Religion, Epitaph Records, ANTI- Records), Steve Niles (30 DAYS OF NIGHT), and Matt Pizzolo (GODKILLER), the company's mandate is to support unique creators and expand their audiences. Black Mask is currently developing the scripted series FIVE GHOSTS at UCP and Syfy and THE DISCIPLES with Wes Craven at UCP, and recently launched its 2015 publishing slate which features new works by Grant Morrison, Vanesa Del Rey, Matthew Rosenberg, and Steve Niles.