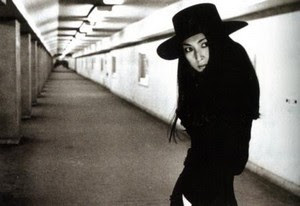 The evening will be complemented by a rare theatrical screening of the classic “pinky violence” prison film Female Prisoner #701: Scorpion. Adults only due to mature subject matter; 18+ General admission tickets for the discussion and film screening are $20.00.

TokyoScope Talk DELUXE: Bad Girls & Wild Women finds hosts Patrick Macias (Editor, Otaku USA), delving into the dark world of Stray Cats, Female Prisoners, Delinquent Bosses and other sexy bad girl roles from Japanese cult cinema. For the “DELUXE” session of the series, Macias will introduce the history of classic pinky violence, followed by director Shunya Ito’s film, Female Prisoner #701: Scorpion (1972), which is based on a manga comic series by Toru Shinohara, and epitomized the exploitation film genre that was popular in Japan the 70s. This event will also be followed by an after-party and Q&A.

For the pre-event reception beginning at 6:00pm, NEW PEOPLE will offer J-Pop gift bags and present inventive spirits and beverages from Shochu distiller Haamonii. Haamonii is a new low calorie Japanese spirit created from over 400 years of tradition that mixes like vodka but with far less calories and a very smooth, floral-inspired taste. Haamonii, which means harmony in Japanese, won a gold medal from the Beverage Tasting Institute and is hand‐crafted in small batches in the San Francisco Bay Area.

J-Pop Week continues at NEW PEOPLE every night through Friday, September 17th with a variety of events celebrating Japanese and Asian film, anime, fashion design, music and other forms of pop culture. Special gift bags containing a variety of fun premiums will be given to all ticket holders each night. Check www.J-Pop.com for a complete list of nightly events.

The J-Pop Summit Festival 2010 will present a variety of fun Japanese pop-inspired attractions including fashion shows, a theatrical film premiere, live art performances, and mini-concerts by some of Japan’s hottest bands. Innovative artists and companies from the Bay area and Japan will join in with an array of products for sale in open air displays on both sides of Post Street and a food court highlighting Japanese cuisine will further complement the celebration. More details are available at: www.J-Pop.com.


About NEW PEOPLE
NEW PEOPLE offers the latest films, art, fashion and retail brands from Japan and is the creative vision of the J-Pop Center Project and VIZ Pictures, a distributor and producer of Japanese live action film. Located at 1746 Post Street, the 20,000 square foot structure features a striking 3-floor transparent glass façade that frames a fun and exotic new environment to engage the imagination into the 21st Century. A dedicated web site is also now available at: http://www.newpeopleworld.com/.
Posted by Leroy Douresseaux at 8:01 PM