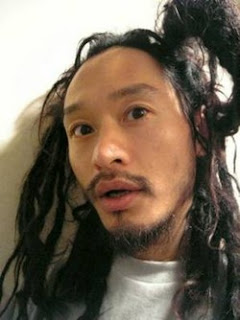 NEW PEOPLE teams up with Noise Pop, organizers of the leading independent music festival in the Bay Area, for a special theatrical presentation of 77 Boadrum on Thursday, September 16th at 7:30pm at VIZ Cinema. A pre-screening reception begins at 6:00pm, hosted by Shochu distiller Haamomii.

77 Boadrum is a documentary of the Japanese free-rock group the Boredoms’s astounding concert that took place July 7th, 2007 at 7:07pm in the Empire-Fulton Ferry State Park in Brooklyn, NY and featured 77 drummers performing simultaneously. The film will be preceded by a music video screening of Cornelius’ Synchronized & Sensurround. General admission tickets for the film screening are $10.00.

The Boredoms are one of Japan’s most iconoclastic experimental musical acts. Formed in Osaka in 1986 by Eye Yamataka, along with frequent collaborator Yoshimi, the Boredoms acknowledge no limits of genre or form, there are no boundaries, and no ceiling on the possibilities of experience and expression. For more than 20 years, the band has redefined the concept of noise and experimentation within pop, punk, and psychedelic music.

For a pre-event reception beginning at 6:00pm, NEW PEOPLE will offer J-Pop gift bags and present inventive spirits and beverages provided by Bay Area Shochu distiller, Haamonii. Haamonii is a new low calorie Japanese spirit created from over 400 years of tradition that mixes like vodka but with far less calories and a very smooth, floral-inspired taste. Haamonii, which means harmony in Japanese, also won a gold medal from the Beverage Tasting Institute.

J-Pop Week continues at NEW PEOPLE every night through Friday, September 17th with a variety of events celebrating Japanese and Asian film, anime, fashion design, music and other forms of pop culture. Special gift bags containing a variety of fun premiums will be given to all ticket holders each night. Check www.J-Pop.com for a complete list of nightly events.

The J-Pop Summit Festival 2010 takes place Saturday, September 18th in San Francisco’s Japantown and will present a variety of fun Japanese pop-inspired attractions including fashion shows, a theatrical film premiere, live art performances, and mini-concerts by some of Japan’s hottest bands. Innovative artists and companies from the Bay area and Japan will join in with an array of products for sale in open air displays on both sides of Post Street and a food court highlighting Japanese cuisine will further complement the celebration. Complete details are available at: www.J-Pop.com.


About Noise Pop
Established in San Francisco in 1993, Noise Pop started as a yearly festival of independent music that featured the best local bands the city had to offer. Over the last 16 years it has grown into a widely respected brand. Noise Pop prides itself on bringing exposure to emerging artists, many of whom have gone on to widespread acclaim, including the White Stripes, Modest Mouse, The Flaming Lips, Death Cab for Cutie, The Shins, Bright Eyes, The Donnas, Jeff Tweedy (of Wilco) and Silversun Pickups. More info at: www.noisepop.com

About NEW PEOPLE
NEW PEOPLE offers the latest films, art, fashion and retail brands from Japan and is the creative vision of the J-Pop Center Project and VIZ Pictures, a distributor and producer of Japanese live action film. Located at 1746 Post Street, the 20,000 square foot structure features a striking 3-floor transparent glass façade that frames a fun and exotic new environment to engage the imagination into the 21st Century. A dedicated web site is also now available at: www.NewPeopleWorld.com.
Posted by Leroy Douresseaux at 8:55 AM