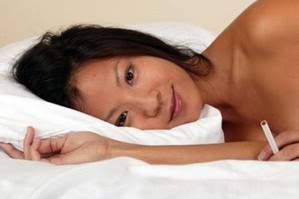 VIZ Cinema, the nation’s only movie theatre dedicated to Japanese film, has announced an intriguing new line-up of films and premiere events set to take place at the venue throughout the month of September.

Also just announced are a range of very special events to kick off the J-Pop Summit Festival 2010, which spotlights Japanese pop culture in a unique all-day celebration that takes over San Francisco’s Japantown on Saturday, September 18th.

New films for September include the third installment of the Bay Area Filmmakers Series, which presents the romantic comedy, The People I’ve Slept With, directed by Quentin Lee. A highly anticipated screening of Death Note and Death Note II: the Last name, based on the popular manga/anime series, is next, and will also mark the release of the films in a new Blu-ray collection from VIZ Pictures. A special screening of Satoshi Kon’s anime masterpiece Paprika is also set.

Marking the anniversary of 9/11, VIZ Cinema presents the 9/11 Truth Film Festival which presents several documentaries that explore the tragic events from several new points of view and trace the global impact of the World Trade Center attacks in 2001.

And finally, NEW PEOPLE gets ready to celebrate the 2010 J-Pop Summit Festival with a series of pop culture cinematic events leading up to the premiere of the raucous death metal comedy Detroit Metal City on September 18th. More details on the J-Pop Summit Festival are available at www.J-Pop.com.

The People I’ve Slept With is a sexy comedy about a promiscuous woman who finds herself with an unplanned pregnancy and needs to figure out who the baby daddy is…NOW. Film stars Karin Anna Cheung (Better Luck Tomorrow), Wilson Cruz (My So Called Life) and Archie Kao (CSI). Co-sponsored by Frameline. A special Opening Night Event is scheduled for Friday, September 3rd at 7:00pm and will include a reception and Q&A with Director Quentin Lee. Tickets are now available for $15.00. No discounts apply.

VIZ Pictures celebrates its first Blu-ray release Death Note Collection with Death Note Day showing both Death Note & Death Note II on the brand new Blu-ray version with the vivid high-def visuals and THX sound at VIZ Cinema. Death Note is a psycho thriller film based on the bestselling manga and anime series. Tickets are $10.00 for each film or $15.00 for both screenings. $35.00 Special Blu-ray Package includes tickets to both screenings, the new Blu-ray and poster!

In memory of one of the greatest anime directors Satoshi Kon, who passed away at the age of 49 on August 24th, VIZ Cinema celebrates his work with a screening his masterpiece Paprika. This sci-fi epic centers on a new invention called the DC-Mini. With this revolutionary device, psychiatrists are now able to enter a patient's dreams in a therapeutic setting. But when an unknown assailant steals the devices, using them to manipulate people’s minds and the thin line between the conscious and the unconscious begins to blur. Yes Paprika challenges the same theme as Inception over 4 years ahead, but in incredible and breathtaking world of anime. Tickets are $10.00.

Join VIZ Cinema for the 9/11 Truth Film Festival and delve into the investigations and efforts to uncover what really happened on September 11, 2001. Tickets are $10.00 for each film.

The political becomes personal in 9/11: Press for Truth, which examines the World Trade Center attacks from the perspective of the families that lost loved ones.

Hypothesis is a short documentary on Dr. Steven Jones and his 9/11 research on the destruction of the Twin Towers and WTC 7. The film tells Dr. Jones’ story in his own words and reflects the explosive controversy that ensued which resulted in everything from threats and bribes to academic suspension.

Double Feature of 9/11: Press For Truth and Hypothesis will also be screened on Sunday, September 12th.

With the departure of the Bush Administration and the arrival of an era of transparency, new information has been disclosed that sheds more light on the events that took place before and after 9/11. Dramatically narrated by Daniel Sunjata of FX’s Rescue Me, and an outspoken advocate for the First Responders, Loose Change 9/11: An American Coup presents a wide array of evidence both known and unknown…until now.

In German documentary War Promises, insiders and whistleblowers try to bring what they know about to the public, including Annie Machon, who was a spy with the British MI5, and Andreas von Bülow and Jürgen Elsässer, who possess enormous insider knowledge from their membership in the parliamentary committee supervising the secret services.

False Flag focuses on the inconsistencies in the official version of the events and the evidence that has been suppressed regarding 9/11. It also seeks to answer why we still know nothing about it and why we are being deceived – as well as in Europe.

Monday, September 13th – Saturday, September 18th
From September 13th to 17th (Mon-Fri), NEW PEOPLE and VIZ Cinema will host films, anime, fashion, music and other forms of J-pop culture in a series of nightly events! Special gift bags will be given to all ticket holders each night.

Join host Patrick Macias (Editor, Otaku USA) for a unique look at sexy Stray Cats, Female Prisoners, Delinquent Bosses and other captivating and sexy bad girl roles from Japanese cinema. The evening will be complemented by a theatrical screening of the lurid prison film Female Prisoner #701: Scorpion. Adults only due to mature subject matter; 18+ General admission tickets for the discussion and film screening are $20.00.

Join Noise Pop, organizers of the leading independent music festival in the Bay Area, for a special theatrical presentation of 77 Boadrum, the official live documentary of the Japanese free-rock group the Boredoms’s live performance featuring 77 drummers at the Empire-Fulton Ferry State Park in Brooklyn, NY. General admission tickets for the film screening are $10.00.

Based on the #1 death metal comedy manga series by Kiminori Wakasugi. Negishi (Kenichi Matsuyama) is a sweet and shy young man who dreams of becoming a trendy singer songwriter. But for some reason, he is forced into joining the devil worshiping death metal band “Detroit Metal City” (DMC). In full stage make-up and costume, he transforms into Johannes Krauser II (Sir Krauser) the vulgar-mouthed lead vocalist of the band. Against Negishi’s will, DMC rises to stardom. Now the legendary king of death metal Jack Il Dark (Gene Simmons) himself is challenging DMC to a duel. What is the fate of the innocent Negishi as he climbs to the top of the death metal world? Explicit language, viewer and parental discretion advised.


About NEW PEOPLE
NEW PEOPLE offers the latest films, art, fashion and retail brands from Japan and is the creative vision of the J-Pop Center Project and VIZ Pictures, a distributor and producer of Japanese live action film. Located at 1746 Post Street, the 20,000 square foot structure features a striking 3-floor transparent glass façade that frames a fun and exotic new environment to engage the imagination into the 21st Century. A dedicated web site is also now available at: www.NewPeopleWorld.com.
Posted by Leroy Douresseaux at 9:05 AM