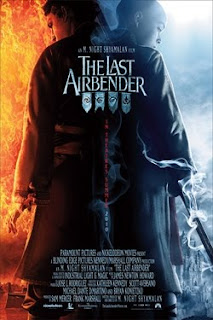 The Last Airbender, a film by M. Night Shyamalan, is based on the animated television series, Avatar: The Last Airbender, created by Michael Dante DiMartino and Bryan Konietzko and which originally aired on Nickelodeon. In The Last Airbender, the world is divided into four kingdoms named after the element they harness: water (Water Tribe), air (Air Nomads), earth (Earth Kingdom), and fire (Fire Nation).

The world has been ravaged by the Fire Nation’s aggression and its endless war against the other nations. Katara (Nicola Peltz) and her older brother, Sokka (Jackson Rathbone), of the Southern Water Tribe, discover an iceberg that shoots a beam of light into the sky. Inside that iceberg is a boy named Aang (Noah Ringer), a young successor to a long line of Avatars. The Avatar is the only person who can “bend” or manipulate all four elements and also restore peace on the planet, which makes him wanted by the Fire Nation.

Katara and Sokka learn that Aang never completed his training to be the Avatar. They become his companions and protectors as they journey to the stronghold of the Northern Water Tribe, where Aang and Katara can learn to bend water. Prince Zuko (Dev Patel), the 16-year-old exiled son of the Fire Nation’s leader, Fire Lord Ozai (Cliff Curtis), follows the trio, hoping to capture the Avatar in a bid to restore his own honor. Can Zuko and the Fire Nation really stand in the way of Aang’s destiny?

Visually, The Last Airbender is dazzling. The special effects are impressive; although I didn’t see this in 3D, I thought the effects made for good eye candy. The exotic locales transported me to a wide range of magical and mystical places that gave the world of The Last Airbender a sense of enchantment. The striking sets, colorful costumes, and computer-generated backdrops added to supernatural charm.

Too bad that everything else in the movie is mediocre or problematic. This movie feels compressed, as if it were a half-hour too short. Even the fight scenes, which are at times nice, seem to be missing something. The nonsensical plot twists, the characters who just pop out of nowhere with almost no context, and the constant shifting from one setting to the next makes The Last Airbender feel like a disappointing, condensed version of a much better movie.

The writing is also poor because nothing feels or works as it should. The romance is bland and sometimes feels rushed and phony. The dialogue is wooden, especially the clumsy voiceovers, and the narrative is sodden. The characters are flat, and the overacting of some of the performers only makes those characters seem even flatter. Aang, the hero and ostensibly the lead, lacks personality, and as Aang, Noah Ringer is either a bad actor or is just struggling with a personality-free character.

The Last Airbender keeps throwing so many things at the viewers, and while some of it is pretty and stirring, the heart of the story: the drama, the conflict, and the characters are not at all stirring. You can like The Last Airbender, at the same time you marvel at how writer/director M. Night Shyamalan seems not to have a clue what he is doing. Everything is there to make The Last Airbender a really good fantasy epic, but apparently the notion that Shyamalan was the right director to make that good movie turned out to be a fantasy.

Posted by Leroy Douresseaux at 12:54 PM