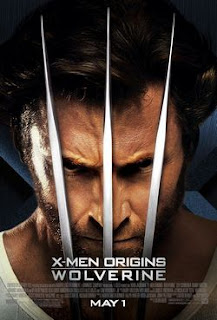 The fourth film in the X-Men franchise is X-Men Origins: Wolverine, a film that delves into the history of Wolverine, the Canadian-born mutant with the super healing factor and those awesome metal (adamantium) claws. As he did in the X-Men

Telling the story of Wolverine’s violent and romantic past, X-Men Origins: Wolverine

opens in 1845 in the wilds of Canada. A boy named James experiences the activation of his mutant powers and ends up on the run with his older half-brother. James (Hugh Jackman) and his brother, Victor Creed (Live Schreiber), spend the next century as soldiers in the American army, fighting in the Civil War, both World Wars, and the Vietnam War.

Eventually imprisoned, the brothers enter the custody of Major William Stryker (Danny Huston), who offers them a membership in Team X. This is a military black operations unit comprised of mutants, including the mercenary Wade Wilson (Ryan Reynolds) and a teleporter named John Wraith (will.i.am). James eventually leaves Team X and moves back to Canada, where he assumes the identity, Logan. He and his girlfriend, Kayla Silverfox (Lynn Collins), live in peace until Stryker and Victor, separately, find them. Two things happen. Logan is suddenly plunged into a diabolical conspiracy to create the ultimate mutant weapon, and Wolverine is born.

In terms of quality, X-Men Origins: Wolverine is almost, but not quite as good as the original X-Men film (2000), and it is better than X-Men: The Last Stand. X-Men Origins: Wolverine’s character drama – relationships, personal history, conflicts – is not as good as in the first X-Men film, and some of it, such as the origin story at the beginning of this movie, is awkward and poorly done. Some of it, like Wolverine’s brief time with an elderly couple is very good and should have had more screen time or at least replaced some of this film’s other “quiet,” character moments.

The actions scenes are… well, let me just come out and say that I thought they were kick ass. They are by no means perfect, and some of the CGI is a little too obvious. However, the action scenes and fights were so good that they made everything about this film which seemed mediocre leave my mind. The action made me ready for a sequel.

One thing that did surprise me about this film was the acting. It’s good across the board – from the top line stars (Jackman, Schreiber) to the smaller players (Dominic Monaghan as Chris Bradley). Jackman is a good actor, and his performances going back to the original X-Men film are what turned a wildly popular comic book character named Wolverine into a bankable action movie character.

It seems as if it is easy to forget how good an actor Liev Schreiber is, but he reminds us with his Victor Creed. In Schreiber’s hands, Creed is deliciously evil, a rare superb performance as a villain in a superhero movie, and Schreiber will make you miss him every time Creed leaves the story.