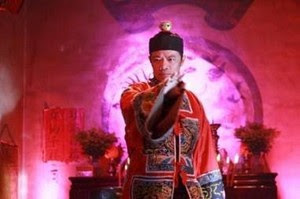 Anime and pop culture fans shouldn’t miss the new animated racing action of Redline, premiering at VIZ Cinema the same week of its release in Japan, as well as a one-day-only rare encore screening of Hatsune Miku U.S. Live, which presents a live film ‘concert’ by Japan’s most popular virtual idol. This event will also feature a rare personal appearance by Hatsune Miku creator Hiroyuki Ito.

Branching out to include other aspects of Asian film, VIZ Cinema is also proud to partner with the San Francisco Film Society to present Taiwan Film Days, which offers six films that includes the U.S. premiere of Let’s Fall In Love, Seven Days In Heaven and Tears. Finally, the theatre has also scheduled a pair of retrospectives celebrating the works of two of Japan’s most legendary film directors: Yasujiro Ozu and Kenji Mizoguchi.

VIZ Cinema is pleased to announce encore screenings of 442: Live for Honor, Die with Dignity by popular demand!

In World War II, the 442nd was an infantry regiment composed mostly of Japanese Americans that fought not only the Nazis in Europe, but also battled domestic prejudice, facing severe racial discrimination at home. The film features what are likely the final interviews with surviving 442nd veterans, many of whom are now in their mid 80’s and 90’s. The soldiers were in an ironic predicament, fighting for a country that initially branded them as enemies but went on to became one of the most decorated regiments in the history of the United States military. General admission tickets for the film screening are $13.00.

Regarded as an ‘Asian collaborated masterpiece,’ Sayonara Itsuka - Goodbye, Someday is based on a novel by Tsuji Hitonari and directed by John H. Lee (A Moment to Remember). Known as the “good guy,” Yutaka is engaged to marry the daughter of the founder of an airline that he works for. While he is transferred abroad to the Bangkok branch, he meets Toko, a mysterious woman. They quickly develop a lustful relationship spending days in passion. For Yutaka’s wedding they choose to separate, but 25 years later they meet again and realize their love for each other remains, but reality continues to pull them apart.

More than 5 years in the making, Redline is a pedal to the floor anime racing film created by studio Madhouse (Paprika, The Girl Who Leapt Through Time) and was written by Katsuhito Ishii (Director of The Taste of Tea, Funky Forest, Shark Skin Man & Peach Hip Girl) and directed by Takeshi Koike, (“World Record” segment of Animatrix).

The toughest and the most destructive underground car race in the universe, REDLINE, has just begun! JP is a reckless driver oblivious to speed limits, and Sonoshee, one of his competitors with whom JP is secretly in love with, is a hot girl determined to do whatever it takes to stand on the winner’s podium. In order to win the finals, they’re up against the craziest drivers with their heavily armed and awesome road-tearing vehicles. While cars crash and burn into flames, the race course becomes a merciless hell and JP whips his ride into a dead heat. Who will survive to win in this mass-destruction race? General admission tickets are $10.00.

Following a sold-out performance at NEW PEOPLE at the J-Pop Summit Festival 2010, Hatsune Miku returns to VIZ Cinema for one night only! By extremely popular demand, the virtual idol comes back, this time with a special guest, Hiroyuki Ito, the man behind the creation of Hatsune Miku! Don't miss this rare chance to see this virtual phenomenon on the big screen and purchase one of a very limited supply of Japanese First Edition Blu-ray disc sets in the New People Store!

Miku Hatsune is a virtual pop idol that has taken Japan by storm. She was born as the premiere product in the Vocaloid2 Character Vocal Series developed by Crypton Future Media. Originally designed for musicians, Vocaloid enables users to synthesize singing by inputting lyrics and a melody. In Japan, Vocaloid singers have become the hottest new trend in the pop culture landscape The filmed concert features Miku Hatsune backed by a “live” band called the 39S Members. For the concert performance, she sang 39 songs while being projected on a transparent screen set up on the stage, making her look like a living-sized hologram playing with a live band. General admission tickets for the film screening are $20.00.

Yasujiro Ozu is one of the most influential film directors of the 20th Century and his classic film, Tokyo Story, is consistently is ranked among the Top 10 films of all time. Now catch an opportunity to screen four more of the director’s groundbreaking works in a special series. General admission tickets for each film screening are $10.00.

One of the most powerful of Ozu’s family portraits, Late Spring tells the story of a widowed father who feels compelled to marry off his beloved only daughter. Ozu's muse, actress Setsuko Hara, commands this poignant tale of love and loss in postwar Japan

One of Ozu’s most piercing portraits of family strife, Tokyo Twilight follows the parallel paths of two sisters contending with an absent mother, unwanted pregnancy, and marital discord.

Setsuko Hara plays a mother gently trying to persuade her daughter to marry in this glowing portrait of family love and conflict – a re-working of Ozu’s 1949 masterpiece Late Spring.

The Mamiya family is seeking a husband for their daughter, Noriko (played by Setsuko Hara), but she impulsively chooses her childhood friend, at once fulfilling her family’s desires while also tearing them apart.

Celebrate Opening Night for Taiwan Film Days, a new film series at NEW PEOPLE! A limited number of tickets are also available for an exclusive reception directly after the first screening of Monga on October 22nd, with sponsored drinks and delicious hors d’oeuvres.

Welcome to the tragicomic world of matchmaking in modern Taipei, where one documentarian chronicles her frustrating search for Mr. Right.

In the wake of her father's death, a resolutely urban woman returns to her backward hometown where she confronts the turbulent spectrum of emotions associated with the passing of a loved one.

Director Cheng Fen-fen has crafted a winning tale of budding romance among the hearing impaired that became Taiwan’s most popular movie of 2009.

A powerful drama about a policeman with a troubled past, Tears represents Director Cheng Wen-tang’s complex and passionate commitment to unearthing Taiwan’s repressive history.

A widower struggles to reclaim his only daughter in this sharp, emotional feature which casts a magnifying glass on the gray areas of Taiwanese society.

Director Kenji Mizoguchi’s signature is the expression of strength, sorrow, and fragility of women, and his mastery of the long take and mise-en-scène are legendary. General admission tickets for each screening are $10.00.

A 1952 historical fiction starring Kinuyo Tanaka as Oharu, a one-time concubine of a daimyō lord who struggles to escape the stigma of having been sold into prostitution by her father.

Women Of The Night
(1948, 74min, Digital, Japanese with English Subtitles)

Two sisters – Fusako, a war widow, and Natsuko, who is having an affair with a narcotics smuggler – along with their friend Kumiko, descend into moral chaos amid the postwar devastation.

When an idealistic governor disobeys the reigning feudal lord, he is cast into exile, his wife and children left to fend for themselves and eventually are wrenched apart by vicious slave traders.

The story concerns a young man who falls in love with the beloved older sister of his intended bride, Miss Oyu played by Kinuyo Tanaka. The three-way relationship takes some tragic turns.


About NEW PEOPLE
NEW PEOPLE offers the latest films, art, fashion and retail brands from Japan and is the creative vision of the J-Pop Center Project and VIZ Pictures, a distributor and producer of Japanese live action film. Located at 1746 Post Street, the 20,000 square foot structure features a striking 3-floor transparent glass façade that frames a fun and exotic new environment to engage the imagination into the 21st Century. A dedicated web site is also now available at: http://www.newpeopleworld.com/.
Posted by Leroy Douresseaux at 7:24 AM