"E.T.: The Extra-Terrestrial" Still a Wonder 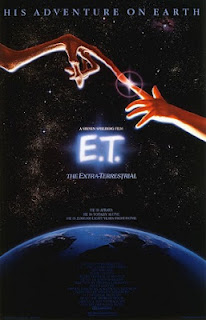 This year marks the 30th anniversary of the first release of E.T.: The Extra-Terrestrial to theatres (specifically June 11, 1982). E.T.: The Extra-Terrestrial is the story of an alienated boy and the stranded alien from another world he befriends. The boy must be brave if he is to help the extraterrestrial avoid authorities until he is rescued by his kin. Directed by Steven Spielberg, this Academy Award-winning, science fiction and fantasy drama surpassed Star Wars as the highest-grossing film of all time, and it held that record for ten years until another Spielberg film, Jurassic Park, surpassed it.

E.T.: The Extra-Terrestrial opens in a lush California forest where a group of diminutive aliens collect plant samples. One of them is mistakenly left behind and makes his way to a suburb near the forest. There, he takes up residence in a backyard shed, where he is found by 10-year-old Elliot (Henry Thomas). Elliot lives in a two-story home with his recently divorced mother, Mary (Dee Wallace); his older brother, 16-year-old Michael (Robert MacNaughton), and his little sister, 5-year-old Gertie (Drew Barrymore).

Elliot names his extraterrestrial foundling, “E.T.” Elliot and his siblings hide E.T. in their home, but Elliot soon discovers that in order to protect his friend, he must help him find a way home (“E.T. phone home”).

I had not watched E.T.: The Extra-Terrestrial in its entirety since I first saw it 30 years ago, back in June 1982. With the release of an anniversary edition Blu-ray, I decided to watch it again, and I’m simply amazed and flabbergasted. Over the years, I always thought that if I watched E.T. again that I might still like the movie, but certainly not as much as I did the first time I saw it. And I was quite taken with it back in ’82. I was practically heartbroken when it lost the best picture Oscar to Gandhi. In fact, I even thought that I might not like E.T. if I watched it again.

As Sir Richard Attenborough, the Oscar-winning director and producer of Gandhi once said, E.T. is inventive, powerful, and wonderful. There is a sense of magic and wonder that permeates the film, infused by Steven Spielberg, who spins this story as if he were part magical storyteller and part wizard. He pulls from his bag of tricks and makes everything work by using the magic of movies.

The film’s most famous sequence is probably the one in which Elliot and E.T. fly to the forest on Elliot’s bike. One of the moments in that sequence has the bike passing in front of a full moon, which has become an iconic moment in cinematic history. Actually, the great moment of magic in E.T. for me is when E.T., Elliot, Michael and their friends are on their bikes on the run from pursuing police. When it seems as if they have reached a dead end, E.T. uses his telekinesis to lift the bikes in the air towards the forest.

When I watched the movie recently, I knew that scene was coming; yet seeing it again, I lost my breath for a moment. This is a spellbinding sequence that still blows my mind and even makes my eyes a little misty. Yep, E.T.: The Extra-Terrestrial is still magical. God willing, I’ll watch it in another 30 years and see if I’m still spellbound.

Posted by Leroy Douresseaux at 9:43 AM