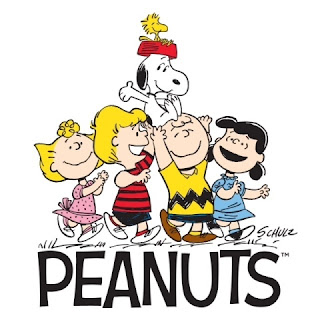 [Although this press release does not say specifically, the film will apparently be computer-animated, which is obvious (I guess) as Blue Sky Studios does 3D and computer-animated films. - Editor]

LOS ANGELES--(BUSINESS WIRE)--Twentieth Century Fox Animation and Blue Sky Studios have acquired rights to make a feature film based on the late Charles Schulz’s beloved and iconic “Peanuts” franchise. The agreement is the culmination of over two years of discussions – focused on the film’s creative direction – between the Studio and members of the Schulz family. The announcement was made today by Vanessa Morrison, president of Twentieth Century Fox Animation.

Charles Schulz drew the most popular and influential comic strip of all time, which was read everyday by 355 million people in 75 countries. In addition to the famous strip, Peanuts holiday television specials such as “It’s The Great Pumpkin, Charlie Brown” have won Emmy’s and continue to be among the highest rated prime time TV specials.

Also playing a key role in the deal was Neil Cole, chief executive officer and president of Iconix Brand Group (NASDAQ: ICON), which, in a joint venture with Charles M. Schulz Creative Associates, formed Peanuts Worldwide in 2010, the home to the global “Peanuts” property.

Twentieth Century Fox Animation director of development Ralph Millero worked closely with Morrison and with the Schulz estate in securing the rights to the property.

Craig Schulz, President, Charles M. Schulz Creative Associates, commented, “We have been working on this project for years. We finally felt the time was right and the technology is where we need it to be to create this film. I am thrilled we will be partnering with Blue Sky/Fox to create a Peanuts movie that is true to the strip and will continue the legacy in honor of my father."

“This is a momentous step for the Peanuts brand. The beloved characters, Snoopy, Charlie Brown and the whole gang resonate with multiple generations all over the world,” commented Neil Cole, CEO, Iconix Brand Group. “This film will give us a new medium in which to engage consumers globally and showcase the power of the Peanuts brand,” added Cole.

About Charles Schulz
Charles Schulz once described himself as "born to draw comic strips." A Minneapolis native, he was just two days old when an uncle nicknamed him "Sparky," after the horse Spark Plug from the "Barney Google" comic strip. Throughout his youth, he and his father shared a Sunday-morning ritual of reading the funnies. After serving in the army during World War II, Schulz got his first big break in 1947 when he sold a cartoon feature called "Li'l Folks" to the St. Paul Pioneer Press. In 1950, Schulz met with United Feature Syndicate, and on Oct. 2 of that year, "Peanuts," so named by the syndicate, debuted in seven newspapers. Schulz died in Santa Rosa, Calif., Feb. 12, 2000 – just hours before his last original strip was to appear in Sunday papers.

Posted by Leroy Douresseaux at 9:29 AM