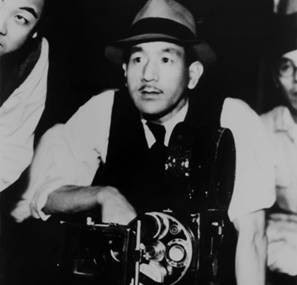 Four Classic Films By Influential Director Include Tokyo Story, Early Spring, The Only Son And Record Of A Tenement Gentleman

Yasujiro Ozu is one of the most influential film directors of the 20th Century and his Tokyo Story is consistently is ranked among the Top 10 films of all time. From Jean-Luc Godard to Wim Wenders to Aki Kaurismäki, many of cinema’s most acclaimed filmmakers have been deeply influenced by Ozu. VIZ Cinema proudly presents his four masterpieces – Tokyo Story, The Only Son, Record of a Tenement Gentleman, and Early Spring – in precious 35mm with English subtitles.

Tickets, screening times and more details are available at: www.vizcinema.com.

Tokyo Story, June 12th – 14th and also June 17th
(1953, 136min, 35mm, with English Subtitles)
Tokyo Story follows an aging couple, Tomi and Sukichi, on their journey from their rural village to visit their two married children in bustling, postwar Tokyo. Their reception is disappointing. Too busy to entertain them, their children send them off to a health spa. After Tomi falls ill she and Sukichi return home, while the children, grief-stricken, hasten to be with her. From a simple tale unfolds one of the greatest of all Japanese films it depicts generational conflict in a way that is quintessentially Japanese and yet so universal that it continues to resonate as one of cinema’s greatest masterpieces.

The Only Son, June 13th – 14th and also June 16th
(1936, 82min, 35mm, with English Subtitles)
Yasujiro Ozu’s first talkie, the uncommonly poignant The Only Son is among the Japanese director’s greatest works. In its simple story about a good-natured mother who gives up everything to ensure her son’s education and future, Ozu touches on universal themes of sacrifice, family, love, and disappointment. Spanning many years, The Only Son is a family portrait in miniature, shot and edited with its Ozu’s customary exquisite control.

Record of A Tenement Gentleman, June 13th, June 15th and also June 17th
(1947, 72min, 35mm, with English Subtitles)
A man finds a lost boy in a war-torn village and brings him to his tenement. He tries to find someone to take care for him but no-one accepts the responsibility. The child eventually ends up with a sour widow Tané despite her refusal.

Early Spring, June 12th – 13th and June 15th – 16th
(1956, 144min, 35mm, with English Subtitles)
In his first film after the commercial and critical success of Tokyo Story, Ozu examines life in postwar Japan through the eyes of a young salaryman who, dissatisfied with career and marriage, begins an affair with a flirtatious co-worker.


VIZ Cinema is the nation’s only movie theatre devoted exclusively to Japanese film and anime. The 143-seat subterranean theatre is located in the basement of the NEW PEOPLE building and features plush seating, digital as well as 35mm projection, and a THX®-certified sound system.

NEW PEOPLE offers the latest films, art, fashion and retail brands from Japan and is the creative vision of the J-Pop Center Project and VIZ Pictures, a distributor and producer of Japanese live action film. Located at 1746 Post Street, the 20,000 square foot structure features a striking 3-floor transparent glass façade that frames a fun and exotic new environment to engage the imagination into the 21st Century. A dedicated web site is also now available at: http://www.newpeopleworld.com/.


Posted by Leroy Douresseaux at 7:19 PM