Latest Episodes of Bleach Anime at VIZAnime - FOR FREE! 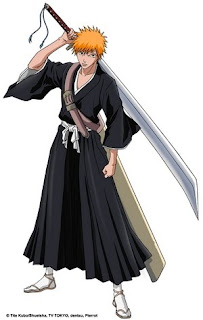 Fans Are Invited To View New Episodes On VIZAnime.com

VIZ Media, LLC (VIZ Media), one of the entertainment industry’s most innovative and comprehensive publishing, animation and licensing companies, continues to generate tremendous momentum for its popular BLEACH series with the announcement that English-subtitled episodes from the most current story arc will begin streaming for free in the U.S. via the company’s premier website for anime, VIZAnime.com. Starting today with Episode 275, VIZAnime.com will stream a new BLEACH episode one week after it has aired in Japan.

BLEACH is one of the most popular Japanese anime and manga properties in the world and this near simulcast schedule is part of VIZ Anime’s ongoing strategy to bring hit animated properties to a national audience via the web.

BLEACH is a popular manga and animated series (both rated ‘T’ for Teens), distributed domestically by VIZ Media, that follows the adventures of Ichigo, a 15-year old student with the ability to see ghosts. When his family is attacked by a Hollow — a malevolent lost soul – Ichigo encounters Rukia, a Soul Reaper, and inadvertently absorbs her powers. Now, he’s dedicating his life to protecting the innocent and helping tortured souls find peace. Episode 275, from the newest story arc in Japan, marks the start of a thrilling storyline and guarantees a series of face-offs that are sure to excite old and new BLEACH fans!

VIZAnime.com is the official online home to some of VIZ Media’s best-loved animated series, and a burgeoning social network for fans to connect and form an interactive community. Over 1,000 episodes are currently available, and new content is added on a weekly basis.

“BLEACH remains one of the most successful and popular anime series in North America, and VIZ Media continues to break down time and distance barriers by making new episodes available within days of their original airing in Japan,” says Ken Sasaki, Sr. Vice President & General Manager, VIZ Media. “VIZAnime.com is the ultimate destination for the many popular VIZ Media animated titles, and currently contains an extensive catalog of hundreds of episodes from popular shows like BLEACH, INUYASHA, NARUTO, THE PRINCE OF TENNIS and more, all offered with accurate, high-quality streaming video that is completely free for viewers!”

BLEACH is a tremendously successful multimedia property internationally. The manga has been licensed in numerous countries around the world and has sold over 2 million copies in the US. In North America, the manga has been a sales hit and the popular animated series is viewed weekly by millions. This success also includes an array of related video games, apparel, action figures and other merchandise.

BLEACH animation can be viewed on Adult Swim and through a variety of other web-based video download and streaming outlets that have partnered with VIZ Media, including iTunes®, Xbox Live, PlayStation Network, Amazon, and HULU. For more information on BLEACH, please visit bleach.viz.com. To view subtitled BLEACH animated episodes, please visit VIZAnime.com.

Posted by Leroy Douresseaux at 2:35 PM