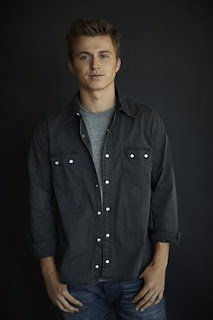 BREWER’S CAST COMES TOGETHER FOR “FOOTLOOSE”

Paramount Pictures Will Release On April 1, 2011

Craig Zadan, who also served as a producer on the original film, joins his longtime creative partner Neil Meron (“Chicago”) and producers Brad Weston and Dylan Sellers (“Agent Cody Banks”) on the remake. OscarÒ winning songwriter Dean Pitchford, who wrote the screenplay and songs for the original movie, will executive produce. Brewer (“Hustle And Flow,” “Black Snake Moan”) will shoot from a script he adapted from Pitchford’s original.

Julianne Hough will make her feature film debut in “Burlesque” in November, opposite Christina Aguilera and Cher, which will also coincide with the release of the two-time “Dancing With the Stars” champion’s second country album. She will co-star alongside newcomer Wormald, who appeared in the MTV series “Dancelife”, and most recently toured with Justin Timberlake. The film will mark the first major U.S. feature film role for the Boston native.

Actor Dennis Quaid, known for his starring roles in countless hit movies including “G.I. Joe: The Rise of Cobra,” “The Day After Tomorrow,” “Traffic,” and most notably for his Golden Globe and SAG nominated role in the acclaimed movie “Far From Heaven”, also joins the cast. The actor most recently starred in the critically praised HBO movie “The Special Relationship”.

Miles Teller, who will next appear in John Cameron Mitchell’s “The Rabbit Hole” starring Nicole Kidman and Aaron Eckhart, will also appear in the film.

The movie will feature choreography from Jamal Sims, who recently worked with Madonna on her Sticky & Sweet Tour. Sims has choreographed countless movies and videos, and will next choreograph the Neil Patrick Harris' production of the award-winning musical Rent starring Nicole Scherzinger and Vanessa Hudgens, from August 6-8 at the Hollywood Bowl.

“I saw ‘Footloose’ in my hometown theater when I was 13-years-old and it rocked my world. It was a teenage rebellion movie that explored the struggles of faith and family in a small town, and it had an awesome soundtrack. I can promise ‘Footloose’ fans that I will be true to the spirit of the original film. But I still gotta put my own Southern grit into it and kick it into 2011,” said Brewer. "It's going to be a blast!"

"When we discovered Kevin Bacon in 1984, we were both excited and gratified – and also knew the chances of ever duplicating that effort was a million to one shot. Decades later Kenny Wormald proved history could repeat itself,” said Zadan. “We've wanted to work with Brewer ever since we saw ‘Hustle & Flow.’ His fresh and contemporary vision will bring ‘Footloose’ to a whole new generation of moviegoers when the movie opens in 2011."

Posted by Leroy Douresseaux at 9:02 AM