Toy Story Was and Still is the Best Picture of 1995 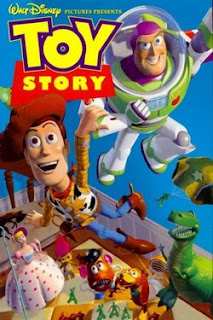 Released in 1995, Disney/Pixar’s Toy Story is remembered as the first feature-length, computer-animated film (or 3D animation). Being the first film made entirely with computer-generated imagery (CGI) may be Toy Story’s main claim to fame, but it is also a superb film. Its sophisticated screenplay is full of wit and rich characterization, and the film challenges the notion that only Oscar-caliber films can deliver mature drama and complex storytelling.

Toy Story is set in a world where toys come to life when their owners are not present. The story focuses on a traditional, pull-string, talking cowboy doll named Woody (Tom Hanks). Woody is the leader of a group of toys belonging to a six-year-old boy named Andy Davis (John Morris). Woody has also long enjoyed a place of honor as the favorite among Andy’s menagerie of toys. Woody is prepping the others toys for the Davis family’s big move to a new home. In the meantime, Andy is having his party a week before his actual birthday, so the toys stage a reconnaissance mission to discover what new presents Andy will receive.

It turns out that Andy’s favorite birthday gift is a new action figure – a space ranger Buzz Lightyear (Tim Allen). Buzz is an impressive toy that has lots of things on it that light up and make noise, and even has pop-up wings. Disappointed and resentful because he believes Buzz has taken his place, Woody plots to get rid of Buzz. His plan, however, backfires, and both Woody and Buzz end up on an adventure that might cost them their happy home and their very survival.

Toy Story is full of charming and funny characters, and they will be especially appealing to people who remember owning a toy that was their very best friend. The characters are what make this movie. Even though Toy Story marked the dawn of a new era of movie animation, it would be merely a technical achievement without such winning characters.

In fact, one cannot help but marvel at how fully-realized Woody and Buzz are. We watch each character grow and also see what seems like a real friendship blossom. It all feels real because Woody and Buzz’s personalities are revealed through the story’s action. Conflict and dilemma challenge the characters within the film, and how the two react tells the audience more about them.

It seems as if 3D animation has created a strange, almost real world that looks as if it is somewhere between animation and reality. This is what Toy Story introduced to movie audiences, but it would all seem flat without the characters. Toy Story has exceptional characters in a special story, and so it is more than just a landmark technical achievement.

1996 Golden Globes: 2 nominations: “Best Motion Picture - Comedy/Musical” and “Best Original Song - Motion Picture” (Randy Newman for the song "You Got a Friend in Me")