Review: "Taxi to the Dark Side" Chases the Truth 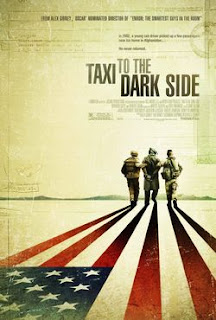 Taxi to the Dark Side is a 2007 documentary film from director Alex Gibney (Enron: The Smartest Guys in the Room). It won the “Best Documentary, Features” Oscar at the 2008 Academy Awards. Taxi to the Dark Side takes an in-depth look at the torture practices of the United States in Afghanistan, Iraq and Guantanamo Bay. The focal point for this film is the 2002 death of Dilawar, a 22-year-old Afghan taxi driver from the village of Yakubi.

More than a year after the U.S.-led invasion of Afghanistan, Dilawar and his three passengers were taken into custody at a checkpoint on a U.S. base. On December 5, 2002, Dilawar arrived at the prison facility at Bagram Air Base. He was declared dead five days later, and he turned out not to be an enemy combatant or terrorist. An investigation would also uncover that Dilawar was tortured and that his death was the result of assaults and attacks visited upon him by U.S. interrogators at Bagram.

From Dilawar’s death, Taxi to the Dark Side examines changes in U.S. policy toward detainees and suspects after 9/11, America’s policy on torture and interrogation (with a specific look at the CIA’s roll), and research into torture and sensory deprivation used by the CIA and the U.S. military. Gibney interviews numerous players, political figures, experts, military officials and personnel for this film. That includes the soldiers involved in Dilawar’s death, their attorneys, and military experts. The director also interviews Moazzam Begg; he is a British citizen held at Bagram during the time of Dilawar’s detention and death, who was also later held at Guantanamo Bay, before being released.

For all the area that it covers, Taxi to the Dark Side tries to get at the heart of America’s use of torture and how it interrogates detainees during the Global War on Terror. This movie has a central question. Was Dilawar’s death the result of a few “bad apples,” as in low-ranking officers and ground level soldiers, or was his death the result of the implementation of a new worldwide system of interrogation. Gibney argues that whatever the “bad apples” did, they were following orders that came down the chain of command, beginning at highest levels of the U.S. government and military.

Gibney does not only focus on the tragedy and crime of Dilawar’s death. He is like a journalist, asking who, what, when, why, and how. Gibney searches long and hard so that he can tell us everything about torture. How is torture defined? What acts constitute torture? What are the recent techniques in interrogation of prisoners and what are their origins? Who are the players that make the decisions? Who is to blame – the interrogator or the one who gives the orders to torture and to abuse?

Taxi to the Dark Side is both a piece of complex journalism and the kind of great documentary that captures the imagination. It is smart, almost scholarly, but it is also hot and passionate. Alex Gibney’s films are usually smart, but they can own your attention and imagination just as well as any Hollywood event movie. And Taxi to the Dark Side needs our attention – for our own good.