Tim Burton's The Nightmare Before Christmas is Indeed a Timeless Classic 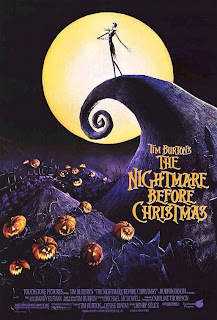 Tim Burton’s The Nightmare Before Christmas is a 1993 stop motion animation film. A musical fantasy film, it is directed by Henry Selick and is largely the creation of director, Tim Burton

Next to Frank Capra’s It’s a Wonderful Life, my favorite Christmas film is The Nightmare Before Christmas. It’s a technique in which the filmmakers use models instead of hand drawn animation. To get even one second of film, the makers shoot anywhere from 25 to 35 photographs of the models, moving them ever so slightly for each photograph. Seen in film speed, it looks as if the models are moving – almost the same technique as hand drawn animation, except this is with models.

Jack Skellington (Chris Sarandon; Danny Elfman provides Jack’s singing voice) is the Pumpkin King, the man who makes Halloween happen, but he’s suddenly bored doing the same thing year after year. In this story, each holiday (like Easter and Valentine’s Day) has it’s own land just Halloween has Halloweentown. Jack accidentally discovers Christmas Town, and he’s taken by the vibrant and warm colors of the holiday. He decides to kidnap Santa Claus (Ed Ivory) and have the resident bats, ghouls, and goblins of Halloweentown help him take over Christmas. However, Jack doesn’t quite get the concept of Christmas, and he replaces the traditional gifts of the season with thingies more appropriate for his holiday. The whole town is taken with the idea, and it seems that only Sally (Catherine O’Hara), Jack’s secret admirer, sees the error of Jack’s new direction.

There is so much that is wonderful with this picture. The stop-motion animation gives the film a quirky and offbeat rhythm that makes watching the film irresistible. Clearly, director Selick is in love with this method, and it shows in the lovingly moody and charmingly dark atmosphere. The animators, the art staff, and the model makers come together to make a movie that has an elegant beauty even in its darkly mysterious and gothic world. The film is a charming concoction that recalls Edward Gorey and Charles Addams (especially his “Addams Family cartoons for the New Yorker) and even Tim Burton’s brilliant film, Beetlejuice, among other things. There’s so much for the eye to take in and never has the creepy seemed so lovely. There is very little in American cinema that looks like this film.

Until I heard it, I never believed that Danny Elfman’s song score and music for this film could be so good. Not only does he make this a fine film musical, Elfman also takes the film to a higher level. As good as Nightmare is, it is Elfman who really sells the story. The concept is a novelty (born from a Tim Burton poem), and a one-note idea at that, and the script is pretty flat; sometimes the story didn’t seem to be going anywhere. However, Elfman gives it life; it’s his songs that express the longings, emotions, and ideas within the film, which are essentially about being yourself and being true to your game.

The voice acting is excellent. Clearly everyone was having a grand time doing this, and we will have a great time watching it. This is one time where I have mad love for the people who made the film.

Posted by Leroy Douresseaux at 9:09 AM