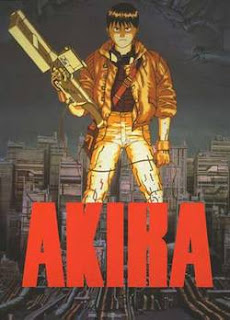 ANIMATION/SCI-FI/ACTION with elements of a thriller

Not only does the anime (a Japanese term for animated films) Akira have a cult following, many people who have seen it hold the film in high regard and as a watershed event not only in the history of anime and full-length animated features, but also in the history of filmmaking in general; it indeed has achieved legendary status.

Directed by Katsuhiro Otomo from his manga (Japanese term for comics) of the same title, Akira is the story of the evils secret military projects and science gone mad can bring upon mankind. Tetsuo, the runty teenager with a chip on his shoulder, was, as a child, a test subject in a covert military scientific project to create psionic beings. Psions are humans with supernatural mental powers like telekinesis (the ability to affect matter with the mind) and telepathy (the ability to communicate with others through thoughts rather than speech). As a teen, Tetsuo’s powers awaken, and he becomes a psionic psychopathic, killing and destroying almost anything in his path. It’s up to his fellow biker Kaneda and a girl named Kei to stop him. They are joined in their mission by another group of psionics, a group who fear that Tetsuo will destroy Neo-Tokyo just as another psionic creature, the legendary Akira, destroyed the original Tokyo.

Although the plot drags, the script has gaping holes, incidents happen with no explanations, and the end gets weird, Akira is nevertheless a groundbreaking and fantastic film. For everything it lacks in story structure, it more than makes up for with the visual hurricane that Otomo puts on the screen. He takes full advantage of the visual possibilities of both comic books and animation to pull off a film that is stuffed with visual feats. Comic books allow artists and cartoonists to draw things that would be nearly impossible for filmmakers to reproduce in film because of budget constraints, lack of technology, or both. If an animated film has the budget, its animators certainly have the skill to replicate the limitless possibilities of comics in the animated moving picture.

Otomo and his staff of animators and filmmakers created 2,212 shots using a total of 160,000 single pictures, about three times the number usual for animated features. What this does is not only create a film that duplicates the realism of live-action films, but actually surpasses what a live action film can do on a reasonable budget. With its scenes of bike chases, street battles, urban destruction in the form of exploding and collapsing structures, large crowd scenes, gun battles, and sci-fi action, Akira acts like a “real” movie. It’s stunning to watch this. They actually drew a movie in which the action and events carry the same weight and have the same impact as live action.

Akira, however, remains true to being an animated film. The filmmakers used 327 different colors and created 50 just for this film, so Akira has the kind of lush landscape of wonderful colors that we expect in animated films. The problems of story structure can be ignored. What is important is the film’s warning – just because we can achieve something scientifically does not mean that we should not consider science’s impact on both individuals and on the larger society. When a film visually achieves so much and has a wonderful message, I can overlook the little things.

Posted by Leroy Douresseaux at 1:56 PM