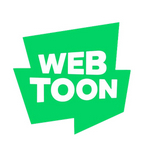 WEBTOON and HYBE Launch 7FATES: CHAKHO in Collaboration with BTS

WEBTOON and HYBE are celebrating the launch with a series of digital billboards in New York’s Times Square, as well as landmarks in major urban centers, including Seoul, Bangkok, and Taipei

Other HYBE Original Stories DARK MOON: THE BLOOD ALTAR and THE STAR SEEKERS will follow the launch on WEBTOON

“Chakhogapsa'' tiger hunters of the Joseon Dynasty in Korea. The story is HYBE’s reinterpretation of traditional Korean tiger tales and a mythological world of wild beasts. ”

To celebrate the global webcomic debut, WEBTOON has launched a series of digital billboards featuring BTS members and select scenes from 7FATES: CHAKHO. The billboards will be brought to life in select major urban centers around the world, including New York’s Times Square, Seoul, Bangkok and Taipei. These digital billboards follow a wildly successful BTS social media teaser video that accumulated more than 50 million views.

7FATES: CHAKHO is a dynamic story following seven young men bound by fate. After growing up together through a series of trials and tribulations, they must become a unified group of seven to unlock their destiny. 7FATES: CHAKHO is an urban fantasy story set in the near future, inspired by the "Chakhogapsa'' tiger hunters of the Joseon Dynasty in Korea. The story is HYBE’s reinterpretation of traditional Korean tiger tales and a mythological world of wild beasts.

WEBTOON and HYBE will also release original webcomics DARK MOON: THE BLOOD ALTAR and THE STAR SEEKERS, created in collaboration with HYBE artists ENHYPEN and TOMORROW X TOGETHER respectively. Each webcomic will be released globally on WEBTOON.

WEBTOON’s HYBE collaboration is part of the previously-announced Super Casting campaign, a group of global partnerships that bring some of the world’s most exciting entertainment companies to WEBTOON. Super Casting allows major entertainment brands to work with WEBTOON to extend incredible IP and entertainment franchises to new platforms, fans, and formats such as web novels and webcomics. Working with HYBE, WEBTOON continues its global leadership in building and nurturing global fandoms online.


About WEBTOON:
WEBTOON® is the world's leading digital platform for visual storytelling. As the first modern digital publishing and self-publishing platform for digital comics, WEBTOON has revolutionized the way visual stories are created and consumed, allowing anyone to become a creator.

WEBTOON also has become a cultural and global phenomenon, pioneering the distribution and consumption of web-based comics. With an average of 72+ million monthly active users, more people consume WEBTOON series than watch most television shows. WEBTOON features a broad and diverse catalog of content from all over the world -- including romance, thriller, fantasy, comedy and more. WEBTOON is No.1 app among 16-24 year olds in Korea and also is in the top tier among the same group in the other countries.

Launched stateside in 2014, WEBTOON has thousands of creator-owned series with episodes updating daily. Also boasting partnerships with Legendary, POW!, Top Cow/Image, and more, WEBTOON takes storytelling to the next level. Creators have been nominated for multiple Eisner Awards, as well as winning a multitude of Ringo Awards. The WEBTOON app is free to download on Android and iOS devices.

About HYBE:
HYBE, formerly known as Big Hit Entertainment, is an entertainment lifestyle platform company that innovates the music industry under the mission "We believe in music". The company was listed on the KOSPI Market of Korea Exchange (KRX) in October 2020. HYBE has established its business ventures in entertainment lifestyle upon three pillars. The label division brings creatives centered around music and artists such as BTS, TOMORROW X TOGETHER, SEVENTEEN, ENHYPEN and ZICO. Solution operates specialized business units for video content, IP, learning and games. The platform division connects and expands all of HYBE's contents and services. Based on organic operations and synergies created in each field, HYBE aims to create top-notch content, expand fan experience, and make a difference for anyone who enjoys a music-based entertainment lifestyle.
-------------------
Amazon wants me to inform you that the link below is a PAID AD, but I technically only get paid (eventually) if you click on the ad below AND buy something(s).
Posted by Leroy Douresseaux at 4:28 AM