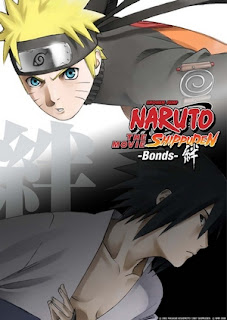 The School of Visual Arts Theatre is located at 333 West 23rd Street, within walking distance of the Jacob Javits Convention Center where the 2011 New York Comic Con will take place October 13th–16th. Seating is on a first-come/first-served basis. Comic Con attendees can secure free tickets to the premiere at VIZ Media’s Booth #932. Check a schedule posted at the VIZ Media booth for the designated times for free ticket giveaways!

“Junko Takeuchi is one of the most respected voice actors in the Japanese anime industry and we’re honored to welcome her as a very special guest of honor for this theatrical premiere event,” says Candice Uyloan, Director, Marketing. “NARUTO SHIPPUDEN THE MOVIE: BONDS is the second feature film in the NARUTO SHIPPUDEN story arc and Naruto and his friends must face down a dangerous new airborne menace in this latest action-packed adventure. Don’t miss this fun event which is sure to be a must-attend for every anime and action film fan during New York Comic Con!”

In NARUTO SHIPPUDEN THE MOVIE: BONDS (rated ‘T+’ for Older Teens), a group of mysterious flying ninja have arrived from overseas to launch a sudden attack against the Hidden Leaf Village, leaving behind a wake of destruction. The group is revealed to be the “Sky Ninja” from the Land of Sky, a nation thought to have been destroyed by the Hidden Leaf Village long ago. To save their village, Naruto and his friends set out to stop this new threat. During the course of the mission, Naruto crosses paths with Sasuke, his friend who has parted ways from the Leaf Village.

More informationon NARUTO SHIPPUDEN THE MOVIE: BONDS is available at http://www.naruto.com/ and www.VIZ.com/naruto-shippuden-movie-video.