"Werewolf: The Beast Among Us" Enjoyable, But Not a Beast 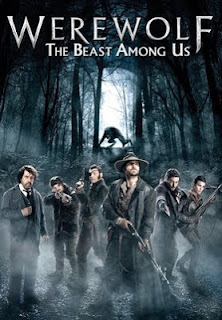 Werewolf: The Beast Among Us is a 2012 direct-to-DVD horror movie from Universal 1440 Entertainment, a production wing of Universal Pictures that seems to specialize in direct-to-DVD fantasy and action films. The film focuses on a team of werewolf hunters and the young man who wants to join them in their hunt for the monster terrorizing his village. It must also be noted that Guy Wilson, the actor playing the young would-be hunter, gives a performance that makes him stand out from the rest of this film’s cast.

Werewolf: The Beast Among Us is set in the 19th century. Years after seeing his parents murdered by a werewolf, Charles (Ed Quinn) leads a band of highly-talented and skilled hunters. They take on werewolves and the wurdalek, a kind of creature humans can become when they survive werewolf attacks.

They arrive in the village of Dravicu, where large numbers of villagers have been slaughtered by a werewolf that terrorizes the area. Daniel (Guy Wilson) is a young physician-in-training apprenticed to Doc (Stephen Rea). Doc is the local medical examiner who autopsies the victims of werewolf attacks and also helps people hurt in attacks. Daniel pesters the cowboy-like Charles about joining his band of hunters, but Charles declines the eager young hunter wannabe’s offers. Neither man knows how close the beast really is to them.

Werewolf: The Beast Among Us wears its straight-to-video, B-movie rags as if those were the only clothes it knew how to wear. This movie is not really good or even bad – just sort of in the middle. I found it rather enjoyable, and I will probably watch it, or at least bits and pieces, again whenever it is on television. The CGI werewolf effects are better than I expected; although they are not as good as the effects in the Underworld franchise, they exceed the clumsy efforts in Wes Craven’s troubled werewolf flick, Cursed.

The mystery aspects of the screenplay are actually engaging; I certainly wanted to discover the identities of the culprits and uncover their plots. The characters are either good, but underutilized or are poorly developed. The potential of Charles’ cowboy thing is wasted. Stephen Rea gives minimal effort as Doc, leaving the character extraneous. As for Nia Peeples: don’t give up, girl!

Posted by Leroy Douresseaux at 6:32 AM