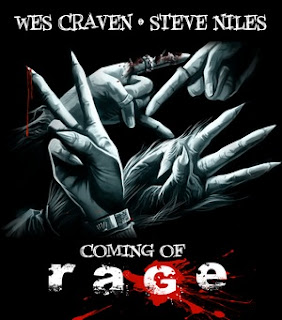 "I'm thrilled to be working with Steve Niles, since I've admired his work for so long. And the concept behind ‘Coming of Rage’ is one I've been dying to explore. Steve has raised it to a whole new level with his script, and the folks at Liquid Comic are now bringing it to life with their incredible artwork. I can't wait for you all to see and read it!” commented Craven.

“Wes Craven is not only a great writer, producer and director, he is one of the most knowledgeable people I've had the honor to work with. I not only had fun working on ‘Coming of Rage,’ I also learned a great deal," added Niles.

Details on Craven’s story have not yet been released and Liquid plans to launch the project as a five issue comic-book series and subsequent collected graphic novel, starting early next year. In addition to print, Liquid will launch a number of digital initiatives allowing Craven’s fans to experience his graphic novel story across a variety of platforms including online or through their iPad, iPhone and other mobile and gaming devices.

“Wes Craven and Steve Niles are masters of the horror genre. The opportunity to bring them together for Wes’s first graphic novel project is my fanboy dream come true,” added Devarajan. “Each of them alone has terrified audiences for decades, so we can only imagine what horrors await as they finally team-up on ‘Coming of Rage.’”