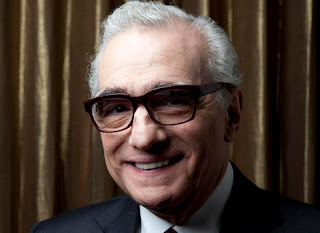 Martin Scorsese To Be Honoured With BAFTA Fellowship


On Sunday 12 February 2012, the British Academy of Film and Television Arts will present Martin Scorsese with the Academy Fellowship at the Orange British Academy Film Awards ceremony, at London’s Royal Opera House.

Tim Corrie, Chairman of BAFTA, said: “Martin Scorsese is a legend in his lifetime; a true inspiration to all young directors the world over. We are delighted to honour his contribution to cinema history and look forward to paying tribute to him in London on 12 February.”

Martin Scorsese added: “It is a great honour to be recognized by the British Academy and to join the ranks of such an esteemed group of industry colleagues and friends.”

With a celebrated career now spanning six decades, Martin Scorsese is one of the most influential filmmakers in cinema history. The acclaimed director, producer and screenwriter has been nominated by BAFTA no fewer than nine times, garnering three wins in 1991 for Goodfellas. A cinematic master, his works also include Taxi Driver, Raging Bull, Casino, Gangs of New York, The Aviator and The Departed. He has continued to delight critics and audiences alike with his most recent work, Hugo, a film that not only marks the director’s first foray into 3D but is also his first adventure film for all the family. Scorsese has also made a number of ground-breaking documentaries including celebrated music films No Direction Home: Bob Dylan, Shine a Light and George Harrison: Living in the Material World.

Demonstrating his passion for film preservation, Scorsese is the founder and chair of two non-profit organizations dedicated to the preservation and protection of motion picture history: The Film Foundation and the World Cinema Foundation.

In December 2010, Scorsese was the subject of a ‘BAFTA A Life in Pictures’ event , where he shared personal insights into his career and his craft and gave invaluable advice to newcomers to the industry. These videos are now available to view on www.bafta.org/guru .

The nominations for the Orange British Academy Film Awards will be announced on Tuesday 17 January. The ceremony, broadcast by the BBC in the UK, will be held on 12 February and hosted by Stephen Fry.


About BAFTA
The British Academy of Film and Television Arts is an independent charity that supports, develops and promotes the art forms of the moving image by identifying and rewarding excellence, inspiring practitioners and benefiting the public. In addition to its Awards ceremonies, BAFTA has a year-round Learning & Events programme that offers unique access to some of the world’s most inspiring talent through workshops, masterclasses, lectures and mentoring schemes, connecting with audiences of all ages and backgrounds across the UK, Los Angeles and New York. BAFTA relies on income from membership subscriptions, individual donations, trusts, foundations and corporate partnerships to support its ongoing outreach work. For further information, visit http://www.bafta.org/ or www.bafta.org/guru.
Posted by Leroy Douresseaux at 9:23 AM