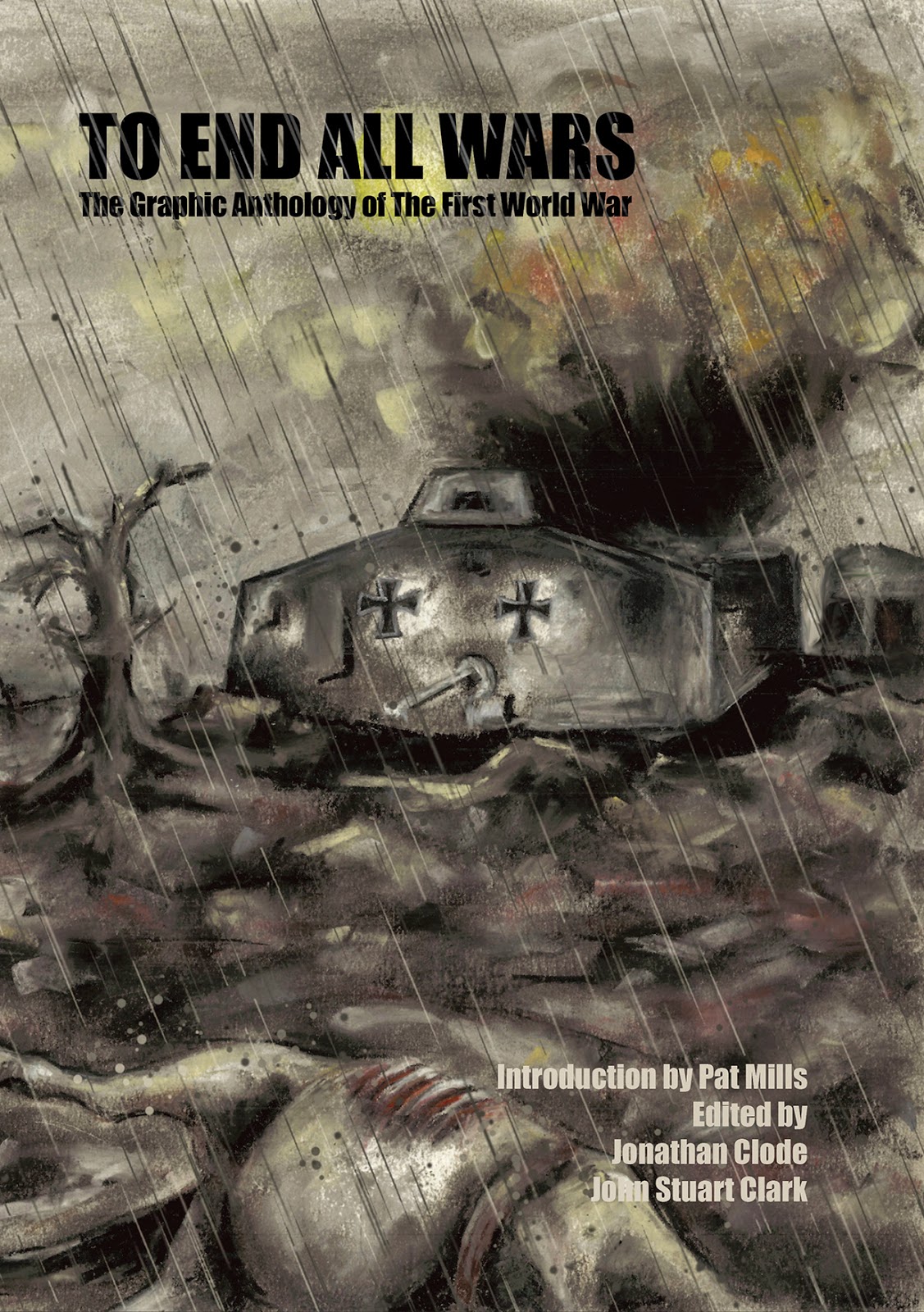 Soaring Penguin Press announces that they are honoured to announce that To End All Wars edited by Jonathan Clode and John Stuart Clark has been nominated for two 2015 Will Eisner Awards: "Best Anthology Title" and "Best Reality-Based Work"

These prestigious awards are presented every year in July at the San Diego Comic Con (Friday, July 10, 2015).

To End All Wars is an omnibus of 27 short graphic narratives based on actual events, characters, circumstances, incidents, myths or consequences of the Great War.

Not only did the publisher get to work with such a great group of artists, but also £2/$3 of every book is being donated to the amazing organization, Médecins Sans Frontières (http://www.msf.org/).

"To End All Wars is not just worthy (some of the proceeds from each book go to Médecins Sans Frontières), but enjoyable and illuminating too." – The Guardian

"This fascinating, wide-ranging anthology challenges any revisionist glorifying of heroic sacrifice." – The Independent

The hardback edition is nearly sold out, but readers have the chance to get the paperback edition that is to be released August 2015. It is one of the books available to pre-order from at the special Soaring Penguin Press Kickstarter Subscription (https://www.kickstarter.com/projects/soaringpenguinpress/soaring-penguin-press-subscription-2015?ref=nav_search) that is currently running.