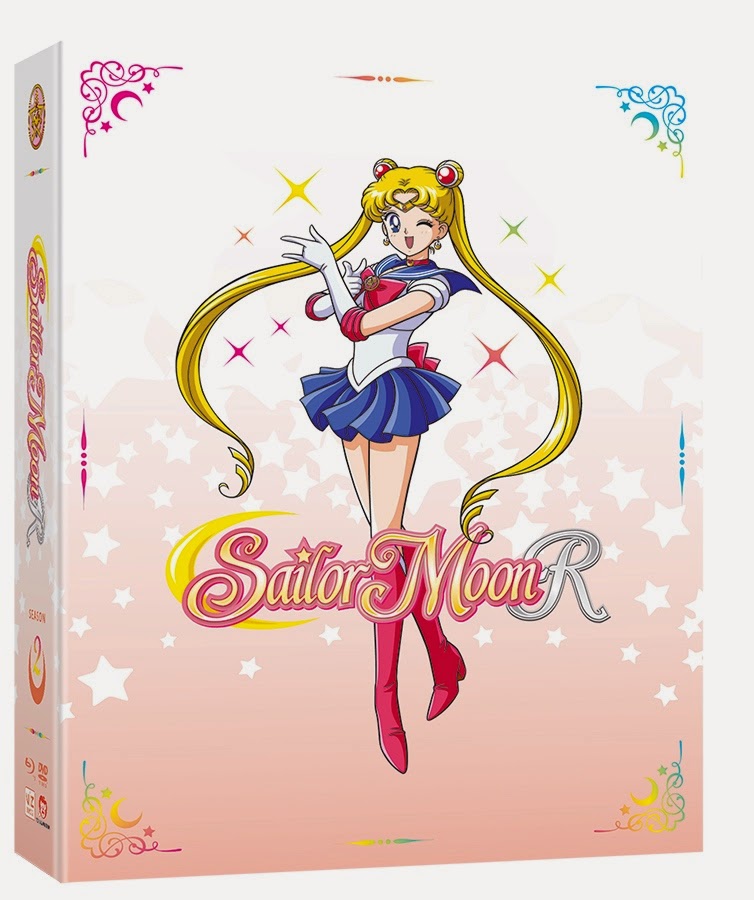 The Limited Edition Blu-ray/DVD Combo Pack will contain a deluxe, 6-disc collection (3 DVDs & 3 Blu-rays), packaged with a beautiful reflective holofoil slipcover with specialty printing. The Combo Pack also offers bonus content including a 96-page full-color episode guide along with exclusive interviews with the English cast, a special behind-the-scenes peek at the recording sessions to create the fresh English dub, and a video art gallery and official series trailers. Blu-ray episodes are presented in 1080p video preserving the original 4:3 aspect ratio.

“The greatest magical girl anime series of all time reawakens with the start of the exciting second season of SAILOR MOON,” says Charlene Ingram, Senior Marketing Manager, Animation. “Fans can continue to expand their personal SAILOR MOON home media collections with 22 exciting un-cut episodes available for the first time ever on Blu-ray and loaded with never-before-seen extras. Pre-orders are available now from leading online anime and video retailers!”

The SAILOR MOON anime series depicts the adventures of Usagi Tsukino, a cheerful 14-year-old schoolgirl who often finds herself in unwanted trouble. One day, she saves a talking cat named Luna from some mean kids, and her life is changed forever. Luna gives Usagi a magic brooch that transforms her into Sailor Moon, guardian of love and justice! Now Usagi must work with Luna to find the other Sailor Guardians and the Moon Princess, whose Legendary Silver Crystal is Earth’s only hope against the dark forces of the evil Queen Beryl!

The SAILOR MOON anime series is inspired by the bestselling manga (graphic novel) series created by Naoko Takeuchi (published in North America by Kodansha). In the series, Usagi Tsukino is a clumsy but kindhearted teenage girl who transforms into the powerful guardian of love and justice, Sailor Moon. Meeting allies along the way who share similar fates, Usagi and her team of planetary Sailor Guardians fight to protect the universe from forces of evil and total annihilation!

Posted by Leroy Douresseaux at 5:15 PM