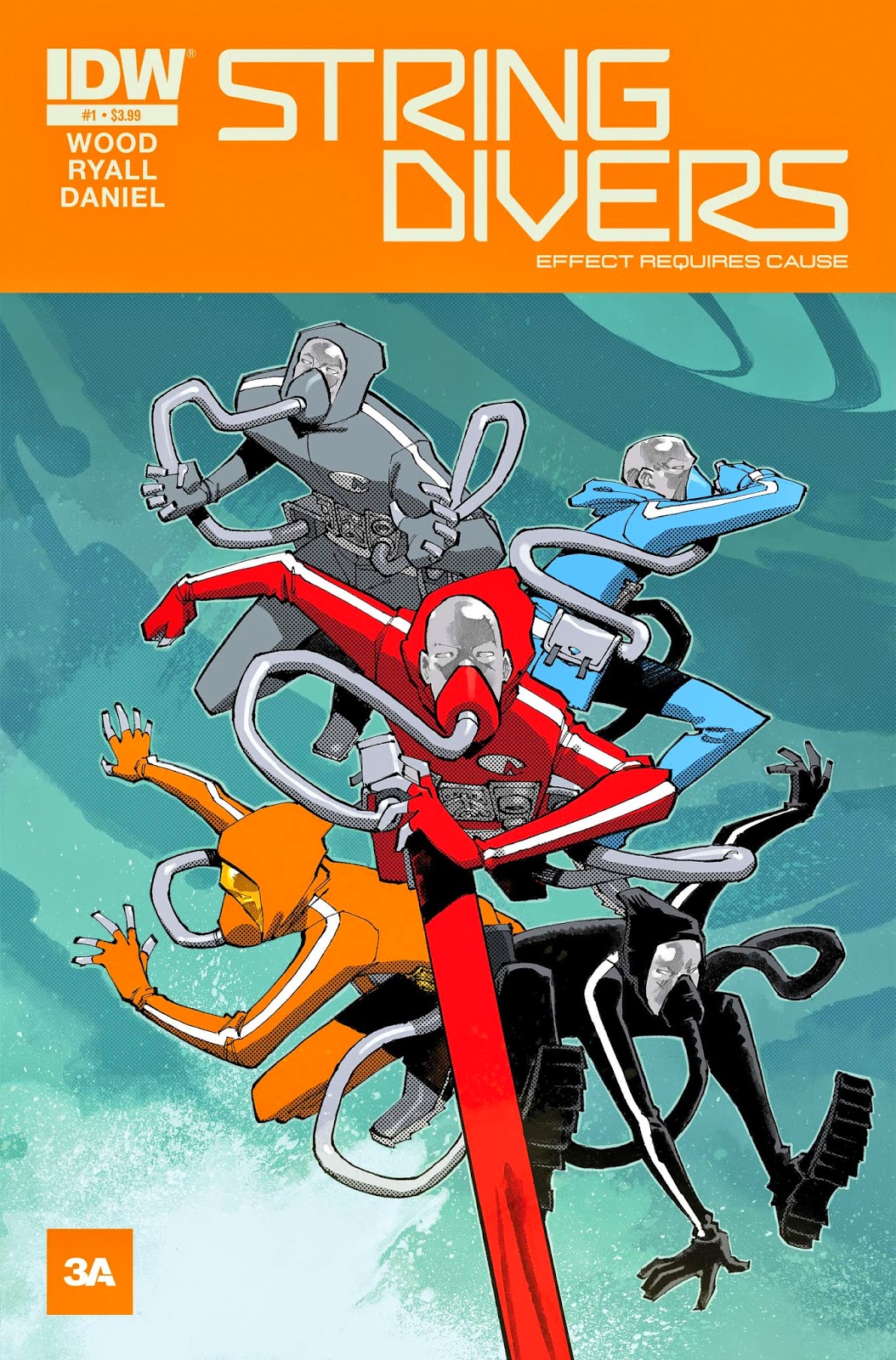 Acclaimed artist/designer Ashley Wood is preparing to launch his latest comic-book project at IDW this summer with String Divers, a comic series blending a team of robot adventures and string-theory physics! String Divers, directed and overseen by Wood and written by Wood’s Zombies vs. Robots co-creator Chris Ryall, features stunning artwork by Nelson Daniel and a concept that grows bigger the smaller it gets!

Spun out of Ashley Wood’s 3A Toys’ line of titular figures, String Divers incorporates string theory as threats to our universe at the sub-microscopic level have dire and lasting repercussions in our universe and across all dimensions.

A chance to combine high adventure on a scale both bigger and smaller than what I’ve done before is appealing enough, but a chance to again work with Ash Wood and Nelson Daniel on a series packed with crazy action, mis-applied theoretical physics and micro-scale intrigue that affects the larger universe being built here is about as fun as comics gets. – Chris Ryall, Writer/IDW Chief Creative Officer

Ashley Wood will be providing story direction, concept design, art direction and covers for String Divers. Wood and Ryall are joined by Nelson Daniel, fresh off a long run on IDW’s Judge Dredd, on art. Daniel, who previously partnered with Ryall on the Stephen King/Joe Hill project, Road Rage, will again be providing art and colors on both interiors and variant covers of each issue.

“It’s always a pleasure to work with IDW and Chris,” said String Divers creator and toy designer Ashley Wood. “String Divers is just the first in a series of comics that sees IDW and 3A combine forces!”