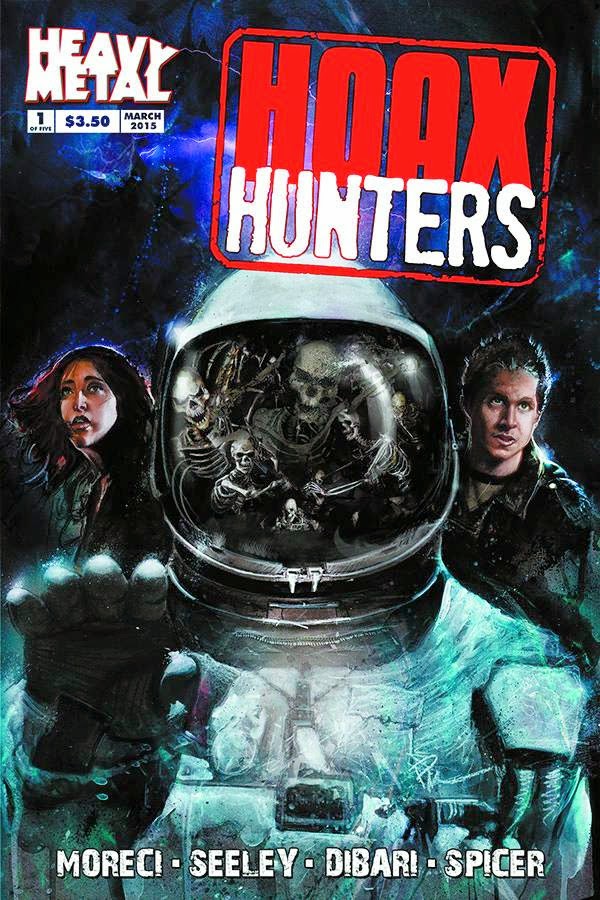 PORTLAND, OR - Yesterday was April 1st, or “April Fools Day,” a day known for it’s celebration of pranks. Well, that and an awesome feminist slasher film of the same name… Heavy Metal, the world’s number one science fiction and fantasy magazine, chose that day to launch a comics line nearly 40 years in the making! It would only make sense that this day be celebrated with the return of the aptly titled Hoax Hunters, which after a successful run at Image, kicks off it’s “second season” with a new number one!

The Hoax Hunters team took over the Heavy Metal Twitter (https://twitter.com/HeavyMetalInk) account in their ongoing effort to separate fact from fiction, to unlock the mysteries of today and everyday. Follow the investigation here, and through #hoaxhunters!

With the Hoax Hunters team in shambles following Jack’s untimely departure, they head to Paris under Donovan’s controversial leadership. Heavy Metal suggest that readers not miss this landmark issue, as the series reaches a crucial turning point on and off of the page!

Readers can follow @HeavyMetalInk for updates throughout the day, and RT the Hoax Hunters team for a chance to win a signed special variant available only through select comic shops, and direct from Heavy Metal!

Hoax Hunters is an original series created by Michael Moreci and Steve Seeley, and features art by Christian Dibari, with covers by Rob Prior. Stop by your local comic shop, or visit www.heavymetal.com and pick up this historic first issue today!