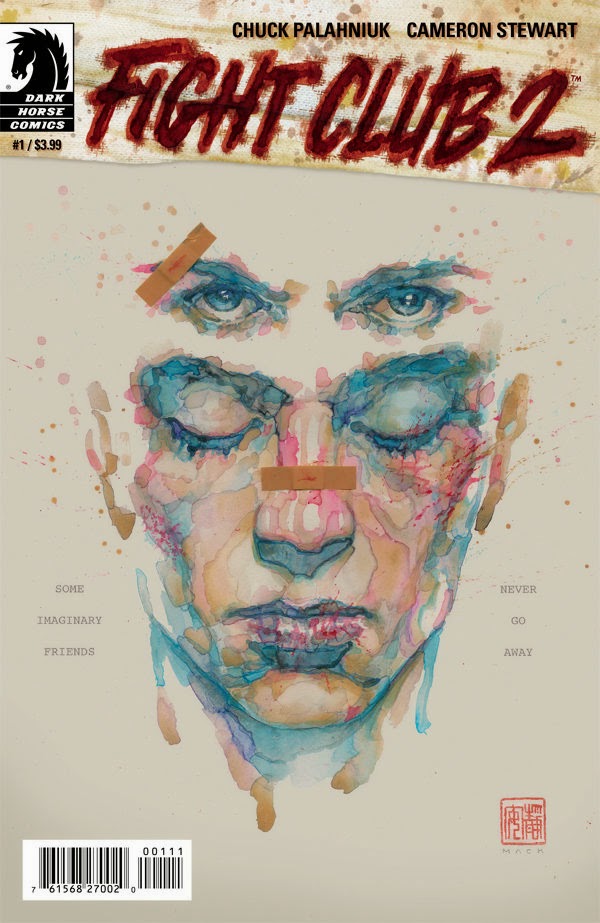 Ten years after starting Project Mayhem, Tyler Durden lives… a mundane life. A kid, a wife. Pills to keep his destiny at bay. But it won’t last long, the wife has seen to that. The time has come . . . Rize or Die.

On Saturday, May 2nd, 2015, Dark Horse Comics will debut one of the most anticipated comic book and literary events of the year with a FIGHT CLUB 2 story written by NEW YORK TIMES bestselling novelist Chuck Palahniuk, illustrated by Eisner Award winning artist Cameron Stewart and colored by award winning Dave Stewart.  The Dark Horse Comics Free Comic Book Day Sampler includes a 14-page story that adapts the ending of the FIGHT CLUB novel (which fans will recall is different than the ending of the acclaimed film) and leads into the upcoming Dark Horse Comics FIGHT CLUB 2 comic book series. The first issue of FIGHT CLUB 2 will be available at comics shops, select book stores and digitally via the Dark Horse digital store and app on May 27th, 2015.

“Chuck’s work has only gotten bolder since FIGHT CLUB first took us all by surprise in the mid 1990s,” said Allie. “FIGHT CLUB 2 has been generating international headlines for months, but the sheer amount of mayhem and chaos contained in this comic, along with audacious and profound storytelling, will take people by surprise.”