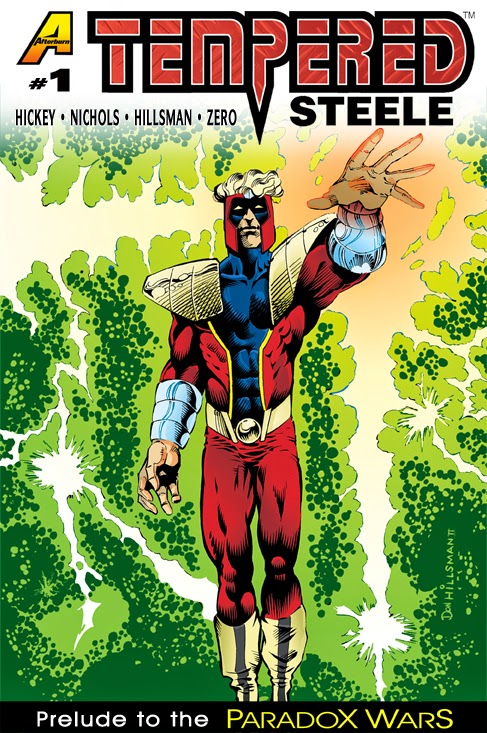 “The Heroic Age Begins!” with the birth of Tempered Steele. What connection does he have to the Timestone? Why does an alien race offer Kevin powers to be their champion. All of this leads to the Paradox Wars Saga.

About AFTERBURN:
With over 25+ years of comic book manufacturing and publishing history, Robert W. Hickey, along with his brother Mike and co-creator Bill Nichols, has started AFTERBURN, a publishing arm that offers comics books, graphic novels and special items to stores in print and digital formats.

Robert is the co-founder of Blue Line Art, the original manufacturer of professional comic book art boards. Blue Line has supplied thousands of artists over the years with quality art boards and supplies. Blue Line was the first to package and offer art boards to retail outlets with over 40 different products that support comic creators.

Creating Sketch Magazine, Robert along with Bill Nichols as the current senior editor, offering comic creators their own magazine to learn and share tips and creative techniques of the industry.

The founding force for his SkyStorm Studio where Robert has created comics for over 25 years. Within that time he has created top-selling comic for distribution into mainstream outlets such as Wal-Mart, Toys R Us and comic shops around the world.

Posted by Leroy Douresseaux at 7:39 PM