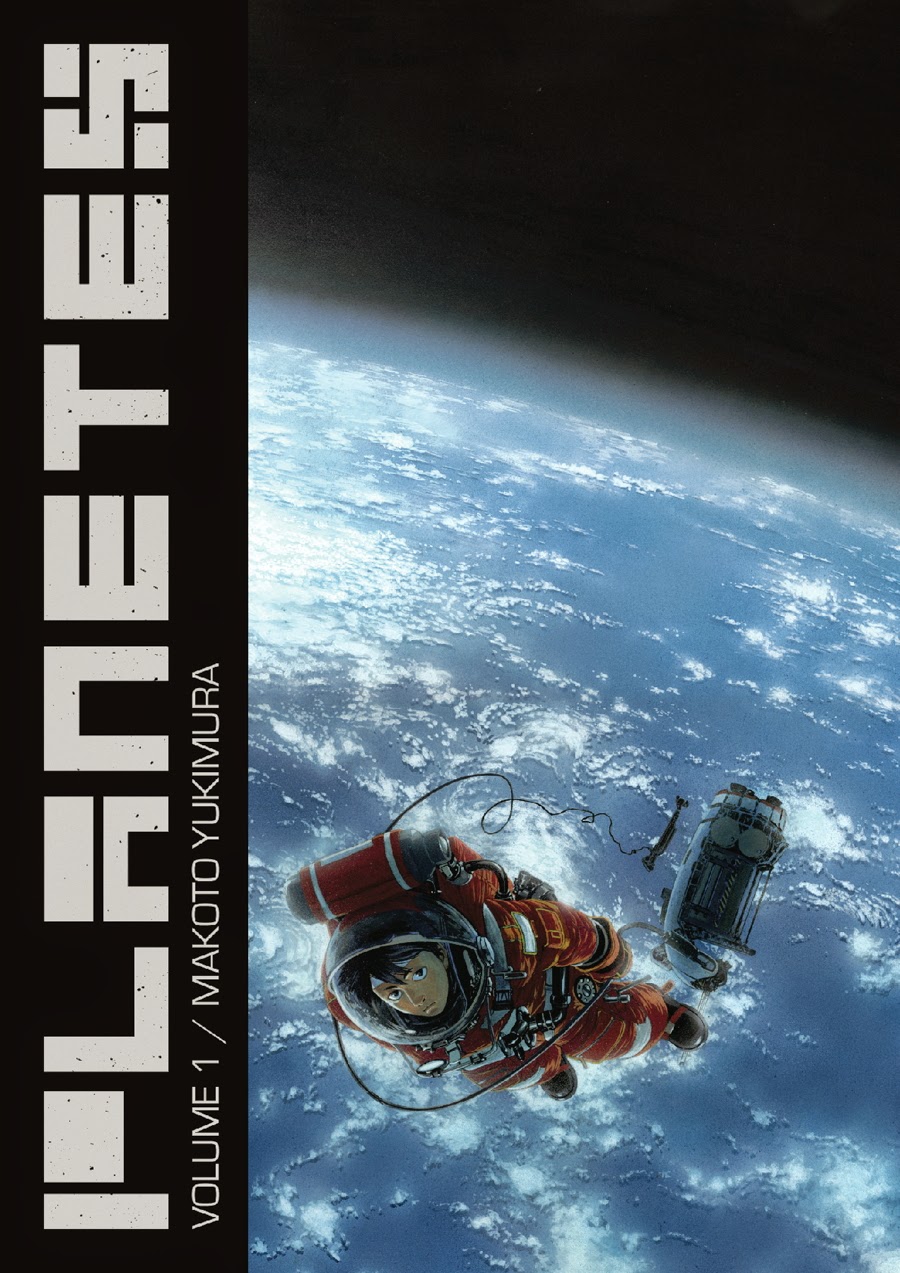 MILWAUKIE, OR—For the first time since 2005, Makoto Yukimura’s Planetes is coming back to bookshelves this December, courtesy of Dark Horse Comics.

In the 2070s, increased interplanetary travel has led to crisis-level amounts of dangerous space debris, and someone has to clean it up. Planetes follows the space-garbage crew of aspiring explorer Hachimaki, mourning Yuri, and secretive Fee. A two-time recipient of the Seiun Award, Japan’s highest honor for science fiction, Planetes grants a whole new generation a chance to journey to the far reaches of the universe.

“Planetes is one of the series that made me a manga fan, at once startlingly realistic in its scientific detail, moving in its relatable human drama, and hilarious in the personalities of its diverse cast of astronauts,” said Planetes editor Brendan Wright. “I was saddened to think it might fade from American comics shops after Tokyopop’s demise, so it’s a joy and an honor to reintroduce it at Dark Horse in the edition I’d want as a fan, with superior source materials and all the color pages included.”

The entire story is collected in two omnibus editions from the original files, complete with bonus color pages, with over 500 pages for only $19.99. Preorder Planetes Volume 1 today from Amazon.com or your local comic shop.

Posted by Leroy Douresseaux at 5:24 AM