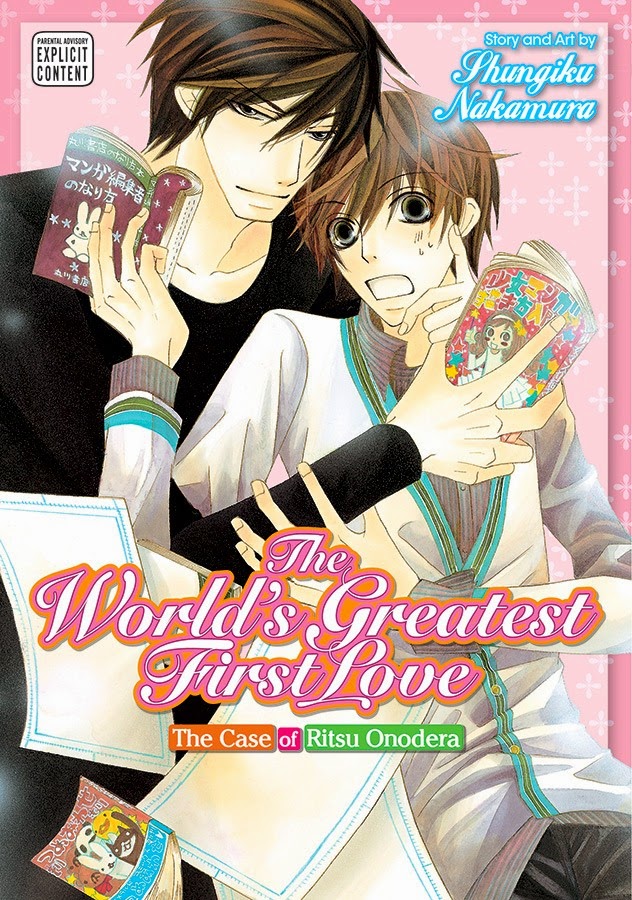 The acclaimed series by famed yaoi creator Shungiku Nakamura about a passionate romance between a manga editor and his boss is rated ‘M’ for Mature Readers. Individual volumes will carry an MSRP of $12.99 U.S. / $14.99 CAN with future editions of the continuing series set for publication on a bi-monthly basis.

When Ritsu Onodera changes jobs, looking for a fresh start, he's not exactly thrilled to learn his new boss is an old flame. Ritsu's determined to leave all that in the past—but how can he when his boss is just as determined that they have a future? In the series’ opening volume, tired of accusations that family connections got him his current position, Ritsu Onodera quits his job as an editor at his father's company and transfers to Marukawa Publishing. Once there, he is assigned to the shojo manga editorial department – something he has no interest in and no experience with! Having sworn he'd never fall in love again, the last thing he wants to do is work on love stories. To make matters worse, it turns out that his overbearing boss, Masamune Takano, is actually his first love from high school!

“THE WORLD'S GREATEST FIRST LOVE has been the most consistently requested title for English release and we are very excited for its addition to the SuBLime catalog,” says SuBLime Editor Jennifer LeBlanc. “Shungiku Nakamura is one of the most renowned creators within the yaoi genre and her story about a handsome young man discovering that his new boss is actually an old boyfriend is sure to captivate readers.”

Shungiku Nakamura is one of the most popular yaoi creators worldwide. She is best known for her series Junjo Romantica, which was adapted into both an anime series and drama CD. Her current series, THE WORLD'S GREATEST FIRST LOVE, appears in Japan in Emerald magazine and has been adapted into an anime series. Her other English-language title, Hybrid Child, is also being turned into an anime release.