"The J-Pop Summit" Returns to San Francisco in August 2015 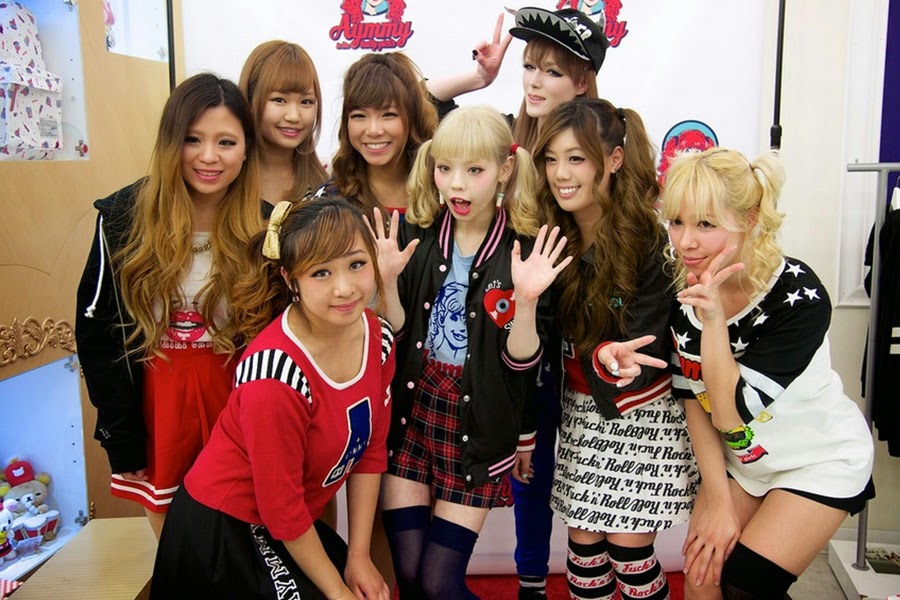 Fort Mason And Transitions To A Ticketed Event Offering An Even Wider Variety Of Japanese Film, Food, Fashion, Music And Entertainment

The 2015 J-POP SUMMIT kicks off on Friday, August 7th with a very special Friday night premiere event at the historic Castro Theatre in association with the 2015 Japan Film Festival of San Francisco.

This year, the popular Bay Area annual celebration of Japanese pop culture, music, art, anime, fashion, and film moves from Japantown, where it has been held since 2009, to the historic Fort Mason Center in San Francisco’s Marina district.

The J-POP SUMMIT also transitions to become a ticketed attraction this year. Tickets will go on-sale on April 10th, 2015. Details and information on featured performers and events will be posted at www.J-POP.com.

Returning as part of the 2015 J-POP SUMMIT will be the 3rd annual Japan Film Festival of San Francisco, the only dedicated Japanese film festival held in the Bay Area. The week-long series of live-action and anime film theatrical premieres will be highlighted by special personal appearances by a variety of prominent Japanese directors and actors and kicks off on Friday August 7th with a special opening night premiere event co-presented by J-POP SUMMIT at San Francisco’s landmark Castro Theatre. The 2015 Japan Film Festival of San Francisco then runs at the NEW PEOPLE Cinema, located inside the NEW PEOPLE venue on Post St. in Japantown, from Saturday August 8th until Sunday August 16th. Tickets and additional information will be available at: www.JFFSF.org.

Notable new and returning fan-favorite events for the 2015 J-POP Summit will include:

FASHION: Straight from the streets of Tokyo come the newest and most cutting edge looks by an array of the latest designers. Catch fashion shows and fun contests by Japan’s hottest brands. Also browse a wide variety of products and exclusive designs for sale from many featured Japanese fashion labels. Look for news on the roster of fashion events and featured brands in coming weeks!

INTERACTIVE TECHNOLOGY: The 2015 J-POP SUMMIT is pleased to present the Bay Area’s very ﬁrst Japanese IT and Technology-focused showcase event with exhibition, panels and keynote talks. As a trend-setting center of the consumer technology world, San Francisco is the perfect venue to present a variety of pioneers and luminaries at the J-POP SUMMIT including hardware and software, arts and sciences, and entertainment and gaming companies.

TRAVEL: A unique and informative pavilion offers the many sides of Japan to potential travelers. A variety of pop-focused companies will also showcase aspects not normally seen or accessible in traditional tours but of keen interest to many J-POP SUMMIT attendees.

SAKE & JAPANESE FOOD: Let sake ﬂow!! The Sake tasting events that have occurred at previous J-POP SUMMITS transform into the first-ever SAKE SUMMIT, an even larger-scale and more comprehensive event! The 2015 J-POP SUMMIT joins forces with a variety of major sake brands of Japan as well as key players in the sake business in the Bay Area: from distilleries, distributors to retailers. This event will help promote Japanese sake culture to a larger audience and entice more Americans to enjoy Japan’s national spirit. More information will be released in coming weeks!

MANGA & ANIME: Catch insightful discussions and autograph sessions led by a vanguard of Japan’s renowned manga and anime creators. Fans also can atch a wide variety of anime titles at the 2015 Japan Film Festival of San Francisco, which will take place at the NEW PEOPLE Cinema in Japantown.

POP ART: Take in several Japanese pop art exhibitions that accent the 2015 J-POP SUMMIT. Featured live performance art and other exhibits, as well as autograph sessions by world- renowned artists, will be presented as well as vendors offering handmade arts and crafts.

“The J-POP SUMMIT has expanded substantially every year since our very first event in 2009 and it has become an important annual showcase for the latest trends in Japanese popular culture,” says Seiji Horibuchi, Chairman of the J-Pop SUMMIT Committee and the founder of NEW PEOPLE, Inc. “This year’s move to Fort Mason and the transition to a ticketed event is the next stage in the evolution of the J-POP SUMMIT and it will allow us to develop and present an even higher caliber of attractions and featured performers. Fort Mason’s expansive festival grounds also will provide for increased secure parking, better show management, and an even higher quality experience for attendees. We look forward to announcing this year’s roster of artists, performers and unique attractions over the coming weeks!”