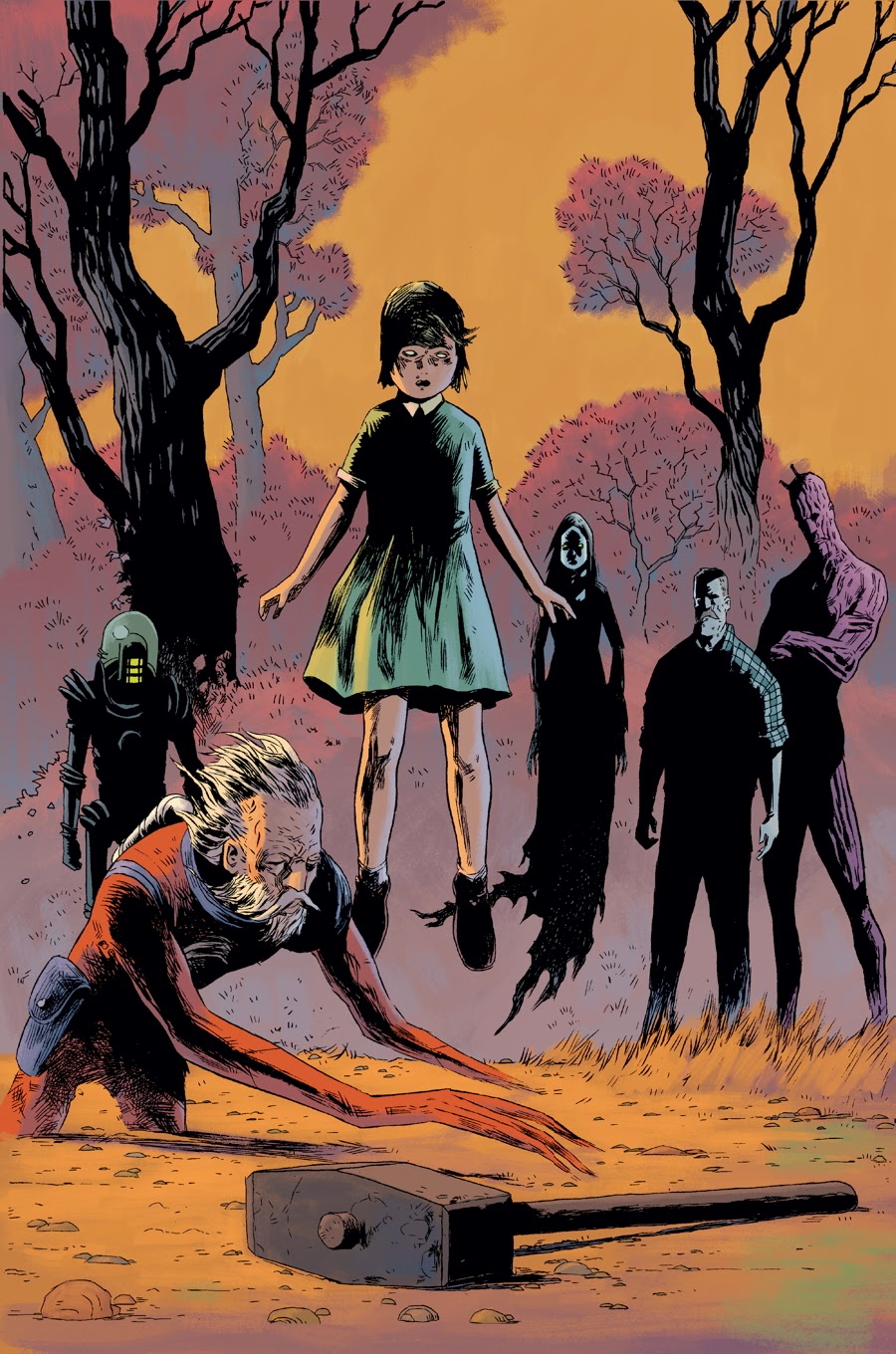 “Black Hammer has been a labor of love for me. It’s a project that I’ve been working on in various forms for seven years,” series cocreator Jeff Lemire said. “And as excited as I am to share it, sometimes life gets in the way of comics.

“On March 26, my amazing collaborator Dean Ormston suffered a cerebral hemorrhage on the left side of his brain, which affected his whole right side,” he continued. “Dean is now at home and recovering. As a result, we have decided to postpone the launch of Black Hammer until Dean is able to work regularly again. I’d like to thank all the fans and retailers for their patience and understanding as Dean recovers and promise that Black Hammer will be worth the wait.”

“In essence, this is a dream project, and to top it all off, I get to have my art enhanced by colorist supremo Dave Stewart,” Ormston told Comic Book Resources. “Sadly, about a month ago, I had a bleed on the brain, so things have been put on hold until I recover and get back to drawing fully. I am tentatively getting back to drawing Black Hammer, albeit slowly, but the outlook is positive and I’m confident of a full recovery.”

Retailers will be notified of a new date for Black Hammer in a future communication.

“Dean’s made Black Hammer’s visuals his own, and none of us can imagine launching the book before he’s able to draw it uninterrupted,” said series editor Brendan Wright. “We’ll reschedule the launch as soon as we can, and Jeff and Dean’s work on the full issue is going to blow everyone away!”

The entire Dark Horse staff wishes Dean Ormston a smooth and speedy recovery and encourages fans and retailers to keep their eyes peeled for further updates as to when Black Hammer will debut.

To get a better idea of what’s coming in Black Hammer #1, check out an exclusive preview and further comments from the team over at Comic Book Resources (http://www.comicbookresources.com/article/dark-horses-black-hammer-delayed).