Daniel Radcliffe Has the Right Stuff for "The Woman in Black" 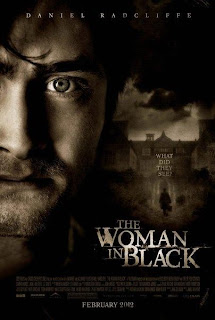 The Woman in Black is a 2012 British horror and mystery thriller starring Daniel Radcliffe. The film is loosely based on the 1983 novel, The Woman in Black, written by Susan Hill. The film stars Daniel Radcliffe, who is famous for playing the title role in the Harry Potter films. Radcliffe plays a young lawyer who travels to a remote village where he discovers a vengeful ghost terrorizing the locals.

The Woman in Black’s film story is set in the Edwardian era (1901-1910). Arthur Kipps (Daniel Radcliffe) is a young attorney living in London. Kipps is also a young widower with a four-year-old son, Joseph (Misha Handley). A senior partner at the firm for which Kipps works is displeased with Arthur’s performance. Arthur gets an assignment that can save his career (for the time being). He must travel to the remote coastal village of Crythin Gifford, where he must gather the paperwork to sell Eel Marsh House, the home of a recently deceased client.

After a long journey by train, Arthur arrives at Crythin Gifford and finds the villagers acting coldly towards him. Samuel Daily (Ciarán Hinds), a wealthy local, and his wife, Elizabeth (Janet McTeer), are the only locals who welcome him. Arthur comes to understand that the people do not want him to go to Eel Marsh House, which is abandoned, but he must go to the home in order to search for important paperwork. When he finally settles in at the old house, Arthur learns that he is not alone when he sees the Woman in Black. Who is she and what does she want? Why does her mere appearance so frighten the villagers?

The Woman in Black is a classic ghost story that relies on setting and atmosphere more so than violence and action. It is a mystery because Arthur Kipps is trying to solve several mysteries that revolve around the Woman in Black and the villagers. It is a thriller because the story seems to always have a sound like a creak or a thud or some kind of wraith-like apparition ready to push in front of the camera and into your field of vision. It is a pure horror movie because it is simply chilling. I had goose bumps. My blood frequently ran cold. An intense tingly feeling ran through my upper arms, shoulders, upper back, neck, and head so many times that I often wondered if I was having a medical emergency.

The Woman in Black will keep you either on the edge of your seat or pressed into the back of your seat or both. Daniel Radcliffe gives a good performance, one that is tailored for this gothic-styled ghost story. Radcliffe will make it hard for you to think about Potter while watching this exceptionally scary movie. The Woman in Black will make you forget about anything else when she is around.