About this Movie: The Dark Knight Rises 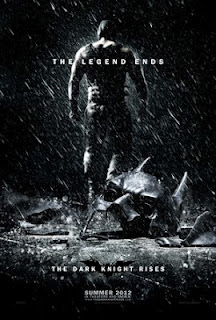 It has been eight years since Batman vanished into the night, turning, in that instant, from hero to fugitive. Assuming the blame for the death of D.A. Harvey Dent, the Dark Knight sacrificed everything for what he and Commissioner Gordon both hoped was the greater good. For a time the lie worked, as criminal activity in Gotham City was crushed under the weight of the anti-crime Dent Act.

But everything will change with the arrival of a cunning cat burglar with a mysterious agenda. Far more dangerous, however, is the emergence of Bane, a masked terrorist whose ruthless plans for Gotham drive Bruce out of his self-imposed exile. But even if he dons the cape and cowl again, Batman may be no match for Bane.

Behind the scenes, "The Dark Knight Rises" reunites the director with several of his longtime collaborators, all of whom worked together on "The Dark Knight." The creative team includes director of photography Wally Pfister, who won an Oscar® for his work on Nolan's "Inception"; production designers Nathan Crowley and Kevin Kavanaugh; editor Lee Smith; and Oscar®-winning costume designer Lindy Hemming ("Topsy-Turvy"). In addition, Paul Franklin and Chris Corbould, who both won Oscars® for the effects in "Inception," supervised the visual and special effects, respectively. The music is composed by Oscar® winner Hans Zimmer ("The Lion King").

In helming the film, Christopher Nolan utilized IMAX® cameras even more extensively than he did on "The Dark Knight," which had marked the first time ever that a major feature film was even partially shot with the large-format cameras.

"The Dark Knight Rises" will be presented on 70-millimeter film in 102 IMAX 15/70mm locations worldwide. Christopher Nolan stated, "Having shot almost half the picture with large-format IMAX film cameras, it is very important to me that we show 'The Dark Knight Rises' in the IMAX film format wherever possible. Audiences everywhere should be assured that every presentation of the film will be of the highest standard—having benefited from the clarity and depth IMAX cameras offer. However, these 102 screens will showcase the original IMAX film photography in its optimum form, and I hope anyone who has an opportunity to experience the film in these theatres will seek it out."