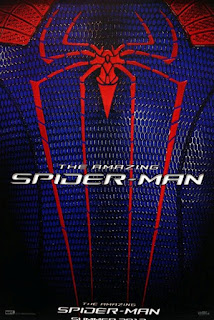 LOS ANGELES, July 2, 2012 /PRNewswire/ -- IMAX Corporation (NYSE: IMAX; TSX: IMX) and Columbia Pictures today announced that the highly anticipated 3D action-adventure, The Amazing Spider-Man, will be released in the immersive IMAX® 3D format in 447 IMAX® theatres worldwide. Domestically, the film will launch in IMAX on Tuesday, July 3 - simultaneous with the film's North American wide release - in 307 theatres. The film began its rollout to a total of 140 IMAX theatres internationally on June 27. Additional playdates will be added as pending bookings are confirmed. To date, the Spider-Man motion pictures have generated more than $2.5 billion in worldwide box office receipts. Spider-Man 2 and Spider-Man 3 were also released in IMAX.

The film will benefit from an IMAX exclusive one week early release in the 20 IMAX theatres currently open in Russia beginning Friday, June 29.

Director Marc Webb and the filmmakers have crafted the climactic finale of The Amazing Spider-Man to feature a larger aspect ratio of 1.9:1 versus the traditional 2.39:1 ratio in order to take full advantage of the IMAX canvas and overall experience. This aspect ratio, which is optimized to take advantage of the IMAX screen, will allow audiences to see more of the image and result in a full panorama of the action - allowing audiences to feel as if they were swinging alongside Spider-Man.

The IMAX release of The Amazing Spider-Man has been digitally re-mastered into the image and sound quality of An IMAX 3D Experience® with proprietary IMAX DMR® (Digital Re-mastering) technology. The crystal-clear images coupled with IMAX's customized theatre geometry and powerful digital audio create a unique environment that will make audiences feel as if they are in the movie. The film will also be released in 2D and other 3D formats.

About The Amazing Spider-Man:
One of the world's most popular characters is back on the big screen as a new chapter in the Spider-Man legacy is revealed in The Amazing Spider-Man(TM). Focusing on an untold story that tells a different side of the Peter Parker story, the new film stars Andrew Garfield, Emma Stone, Rhys Ifans, Denis Leary, Campbell Scott, Irrfan Khan, with Martin Sheen and Sally Field. The film is directed by Marc Webb from a screenplay written by James Vanderbilt and Alvin Sargent and Steve Kloves from a story by James Vanderbilt, based on the Marvel Comic Book by Stan Lee and Steve Ditko. Laura Ziskin, Avi Arad, and Matt Tolmach are producing the film in association with Marvel Entertainment for Columbia Pictures, which will open in theaters everywhere in 3D on July 3, 2012.

The Amazing Spider-Man is the story of Peter Parker (Garfield), an outcast high schooler who was abandoned by his parents as a boy, leaving him to be raised by his Uncle Ben (Sheen) and Aunt May (Field). Like most teenagers, Peter is trying to figure out who he is and how he got to be the person he is today. Peter is also finding his way with his first high school crush, Gwen Stacy (Stone), and together, they struggle with love, commitment, and secrets. As Peter discovers a mysterious briefcase that belonged to his father, he begins a quest to understand his parents' disappearance - leading him directly to Oscorp and the lab of Dr. Curt Connors (Ifans), his father's former partner. As Spider-Man is set on a collision course with Connors' alter-ego, The Lizard, Peter will make life-altering choices to use his powers and shape his destiny to become a hero.

The Amazing Spider-Man has been rated PG-13 for sequences of action and violence.
Posted by Leroy Douresseaux at 9:15 AM