Review: Being Strange Not is Enough for "Bubba Ho-tep" 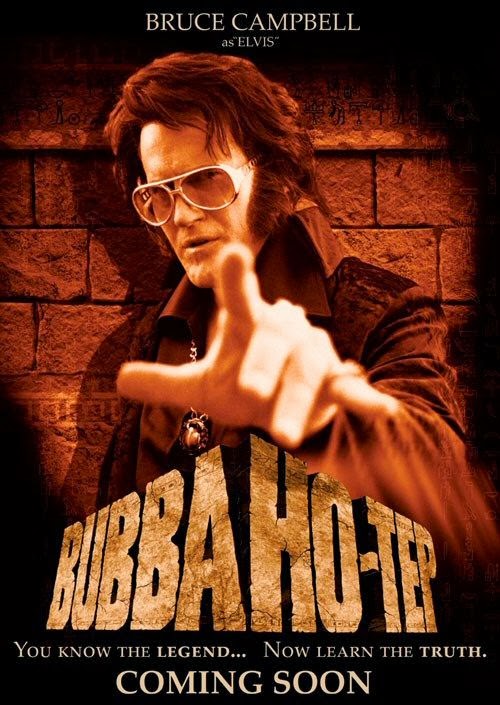 HORROR with elements of comedy and drama

The subject of this movie review is Bubba Ho-tep, a 2002 American comic horror film from writer-director Don Coscarelli.  The film is based on the novella of the same title by author Joe R. Lansdale.  Bubba Ho-tep appeared in many film festivals, beginning in 2002, and received a limited theatrical release in 2003.

In Bubba Ho-tep the movie, Elvis Presley (Bruce Campbell) is alive and lives in the Mud Creek Shady Rest Convalescence Home.  He has a broken hip and a pus-filled boil on his penis.  How did the King of Rock n’ Roll end up in such a state and living in an old folks home?  It’s a long story.  Besides, President John F. Kennedy (Ossie Davis) is an old black man who also lives at the rest home.  Conspiracy theorists rejoice.

There is, however, no time for reminiscing about their fame, their circumstances, and how they cheated death.  These two legendary figures of American history and culture join forces when they discover that an ancient Egyptian mummy in cowboy boots and hat, to whom Elvis jokingly refers as Bubba Ho-tep, has invaded their rest home and is sucking the souls out of the residents.  So Elvis and JFK spring to action before any of the other residents lose their souls.

Film fanatics know director Don Coscarelli for his film Phantasm and its sequels, and Coscarelli’s ready-made cult film, Bubba Ho-tep, is a unique addition to his weirdo filmography.  Bubba Ho-tep is a low wattage fright flick with nice flourishes of comedy (but not the camp kind) and drama.  Lacking super special effects, the film relies on some detailed and heartfelt performances by B-movie actor Bruce Campbell and veteran Ossie Davis, a fine actor who has spent most of his career under-utilized because of he is black.  Campbell is especially good because he deftly skirts a line between being campy and seriously dramatic in his portrayal of Elvis.  It’s as if he wants us to take him seriously as an actor and as if he were mocking the entire thing at the same time.

The film however is too soft; the production values are just enough to put it on the level of real low-budget television show.  In terms of SFX pyrotechnics, Bubba Ho-tep is not even on the level of “The X-Files.”  Still, the film is pleasantly entertaining, and the characters and concept would indeed make a nice episodic TV show.


Posted by Leroy Douresseaux at 10:54 AM