Review: "Iraq in Fragments" Gives Voice to the Voiceless 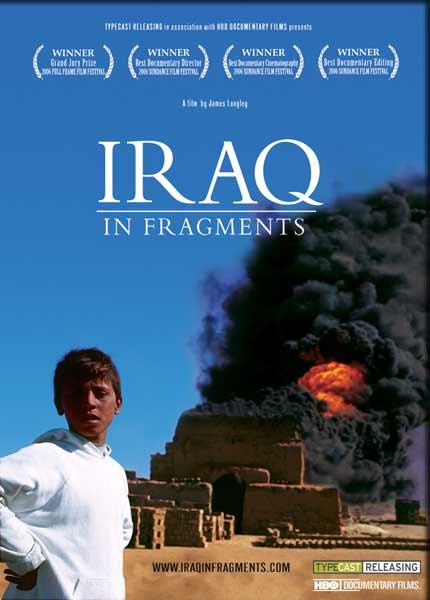 The subject of this movie review is Iraq in Fragments, a 2006 documentary from filmmaker James Longley.  The film offers stories from modern day Iraq, as told by Iraqis living in a time of war, occupation and ethnic tension.

Iraq in Fragments earned an Academy Award nomination.  The film also won 3 awards at the 2006 Sundance Festival:  “Cinematography Award,” “Directing Award,” and “Documentary Film Editing Award,” as well as being nominated for the “Grand Jury Price."

In his Oscar-nominated documentary, Iraq in Fragments, director James Longley presents a portrait of Iraq, a nation divided, one at war with itself after the United States invaded the country won Operation: Iraqi Freedom.  Through a collage of images and commentary from ordinary Iraqis, Longley illuminates post-invasion Iraq in three acts focusing on different regions of the country.

In Part One, entitled “Mohammed of Baghdad,” Mohammed, a fatherless 11-year old boy is apprenticed to a dictatorial garage owner, who is outraged that after several years of schooling Mohammed cannot read.  In, “Sadr’s South,” the followers of cleric Moqtada al-Sadr rally for regional elections, but also enforce Islamic law at the point of a gun, which some residents see as similar to things Saddam Hussein did and the American are doing.  In the final act, “Kurdish Spring,” a family of farmers welcome the American presence because it brings them a measure of freedom Kurdistan never knew, but one boy, Suleiman, will still see his dreams of an education dashed as he remains trapped in his elderly father’s meager occupations as a sheepherder and brick maker.

Through these interviews with Iraqis (although neither his nor his translators’ voices are ever heard), Longley, via words and images, captures the discord in the war-torn country – both in the abstract and in the literal that give the effects of war, political unrest, religious feuds deeper meaning.  In this way, Longley helps the audience to understand how living in uncertainty and deepening poverty drags on the people physically and spiritually.

Sometimes, the film seems to hunger for a historical context (especially when an Iraqi subject mentions distant historical events), and the near-absence of Americans in this documentary is noticeable.  That doesn’t really hurt Iraq in Fragment, for it remains a riveting film in which the images and subjects stick with you in an insistent fashion.  Besides, with this documentary, Longley forces us (at least the ones who do bother to see Iraq in Fragments) to do something more Americans should – see things from the ordinary Iraqi’s perspective.