Review: Crucifixion Ain't No Fiction in "The Passion of the Christ" 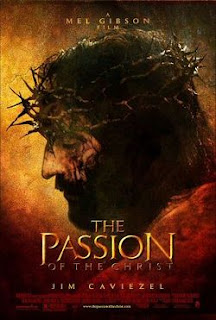 The Passion of the Christ, Mel Gibson’s film about the last 12 hours in the earthly life of Jesus Christ as he is captured, tried, scourged, and crucified, reaffirms that Gibson is indeed an excellent filmmaker. His greatest gift as a director is his ability to arouse strong emotions and passions in his audience, as he has also shown in two prior films Man Without a Face and Braveheart, the latter for which he won an Oscar® as Best Director.

The film begins in the Garden of Olives as Jesus (James Caviezel) prays for God to relieve him of the burden that is to come his way – his suffering and death for the sins of humanity, a death that would redeem humanity. A disciple, Judas Iscariot (Lucia Lionello), betrays Jesus, who is then arrested taken to the city walls of Jerusalem where he is accused of blasphemy. Although he wishes that Jesus be only punished, Pontius Pilate (Hristo Shopov), the head of the local Roman authority, releases Jesus to the Pharisees, and they condemn him to the most horrible form of execution at the time – crucifixion.

Mel Gibson wanted the audience to see and to feel something like how much Jesus suffered at the hands of his tormentors, suffering he accepted for humanity, and in that Gibson succeeds. The film’s representation of torture and murder is palatable; it is almost a living and breathing thing. Gibson, however, doesn’t handle the violence and suffering in a heavy-handed or even glossy fashion, nor does he portray violence as consequence free. In fact, Gibson handles nothing in the film in a cavalier fashion, including the portrayal of the Pharisees and Jews who hated Jesus. Gibson deals with that in a straightforward manner: Jesus’ adversaries saw him as a blasphemer who consorted with devils to perform magic, so they wanted him dead. There is no ethnic blame game going on in The Passion of the Christ.

The film is beautifully shot on sets and locations that spring to miraculous life; it’s as if Gibson has transported us to another time. The costumes are both lavish and practical; in a sense, they do recall the spectacular Biblical epics of Hollywood of yesteryear.

The actors are great, and they style their performances as if they were in a silent film – exaggerating emotion, facial expression, and body movement in a way that conveys the story visually. Caviezel could have lost his Jesus in the splattering of gore and makeup that covered him, but he radiates his character through all the representational horror, making us believe in his performance as Jesus. There are a number of excellent supporting performances, especially Maia Morgenstern as Jesus’ mother Mary. However, Monica Bellucci, Jarreth Merz, Hristo Shopov are also quite good.

I heartily recommend The Passion of the Christ to Christians, lapsed Christians, and anyone who wants to see exceptional filmmaking.