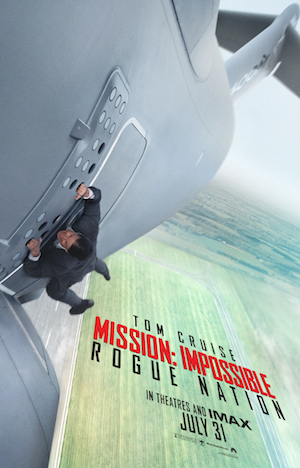 Advance Tickets are Now on Sale

Starting tomorrow, Tuesday, March 24th through Friday, March 27th, 2015 fans purchasing advance tickets at Fandango and Movietickets.com will receive a code for a free HD digital copy of any previous installment in the blockbuster “MISSION: IMPOSSIBLE” franchise. More information below!

For more information and to purchase tickets, visit www.MissionImpossible.com

Ethan and team take on their most impossible mission yet, eradicating the Syndicate – an International rogue organization as highly skilled as they are, committed to destroying the IMF.

Posted by Leroy Douresseaux at 9:24 AM