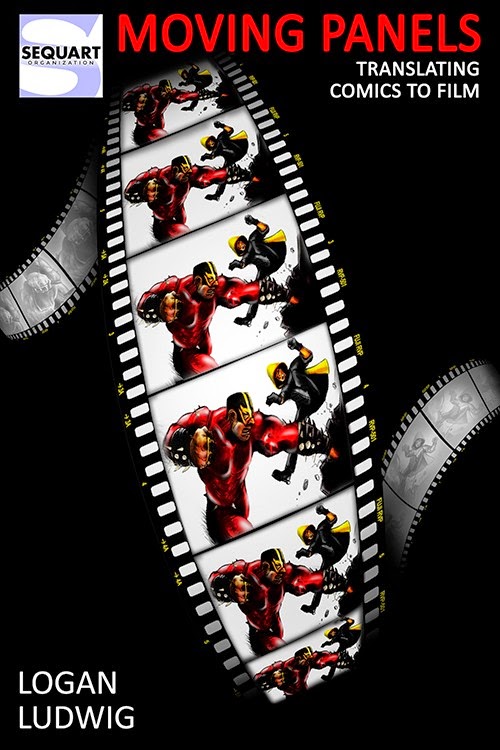 Are comics just movie storyboards that are too expensive to ever actually commit to celluloid? Are movies just comics with added motion? These two media have become more closely tied in recent years (thanks to a bevy of comics adaptations), and they seem naturally related. Both are comprised of visual storytelling techniques that would seem readily compatible, but are they really that similar?

Moving Panels: Translating Comics to Film digs into this issue by analyzing, through careful examination of aesthetics, just how linked and distinct the two media are. By looking at the film and comics versions Scott Pilgrim vs. the World, Persepolis, Watchmen, and Sin City, Ludwig dissects just how the two media interact, their respective strengths and weaknesses, and how similar they really are.

The book runs 144 pages and is available in print and on Kindle.

Logan Ludwig is available for interviews, and digital review copies are also available. If interested, please send inquiries to sequart.mike@gmail.com

About the Publisher: Sequart Organization is devoted to the study of popular culture and the promotion of comic books as a legitimate art form. Sequart has released twenty-two books, six documentaries, and thousands of online articles. Its documentaries include She Makes Comics, and its books include Our Sentence is Up: Seeing Grant Morrison’s The Invisibles. Sequart is currently producing a documentary on writing powerhouse Neil Gaiman.