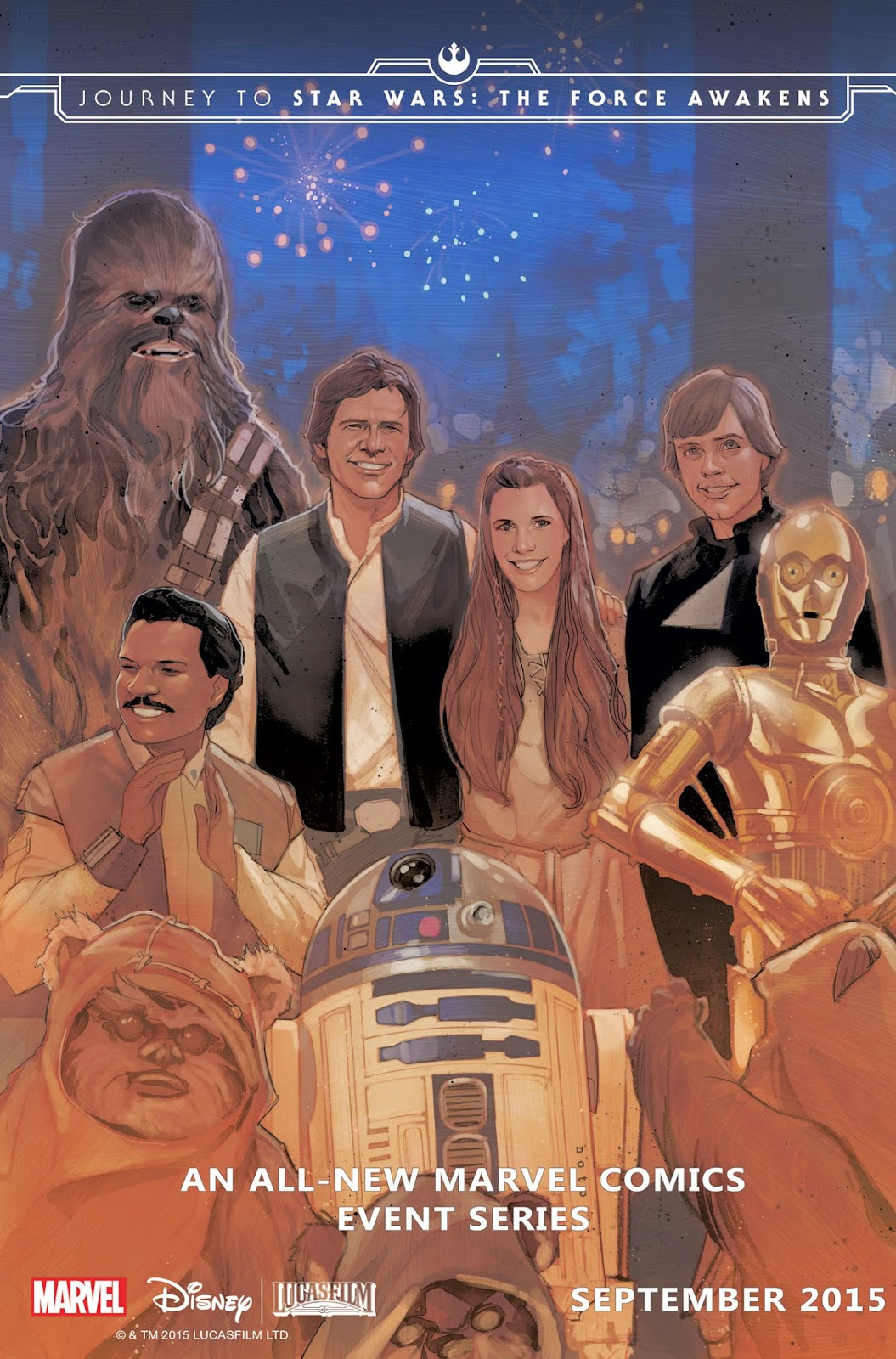 This is the first image from Marvel's highly-anticipated event series.

StarWars.com presented the debut image from Marvel’s first entry in Journey to Star Wars: The Force Awakens: the cover to Shattered Empire #1, with the art drawn by comics artist, Phil Noto.  The series is scheduled to debut in September 2015.

Posted by Leroy Douresseaux at 6:20 PM