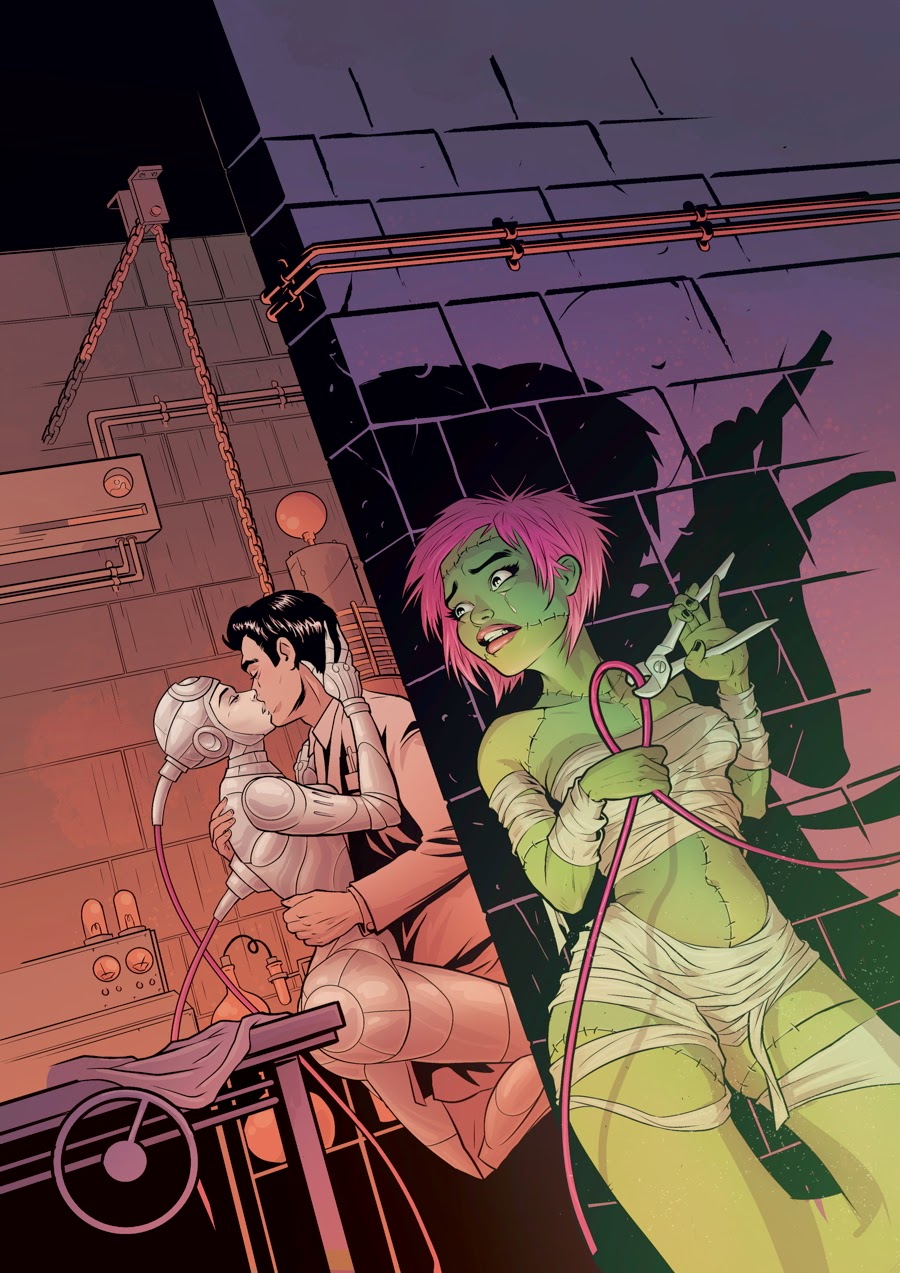 Comics master Kim W. Andersson has received Sweden’s most prestigious comics award, and in October, his horror-romance comics will be collected by Dark Horse for the first time in Andersson’s US graphic novel debut, The Complete Love Hurts.

In this massive tome of romance comics with brutal, terrible twists, Swedish comics creator Kim W. Andersson, whose graphic novel Alena is currently being adapted into a movie, delivers a shocking series of short stories about love gone horribly wrong! Featuring lovelorn supervillains, psychopathic online daters, murderous reality TV show stars, and heartbroken cowboys, samurais, and astronauts, Love Hurts shows that no matter who you are or what you do, love can be one deadly bitch!

With a foreword by Peter Snejbjerg (B.P.R.D., Starman, Preacher), The Complete Love Hurts hits stores October 28, 2015 at a bargain price of $19.99, and will collect over 200 pages of Andersson’s horror-romance comics with material from Dark Horse Presents, Swedish alternative comics anthology From the Shadow of the Northern Lights, and many more.