Haikasoru Announces Publication of "Red Girls: The Legend of the Akakuchibas" 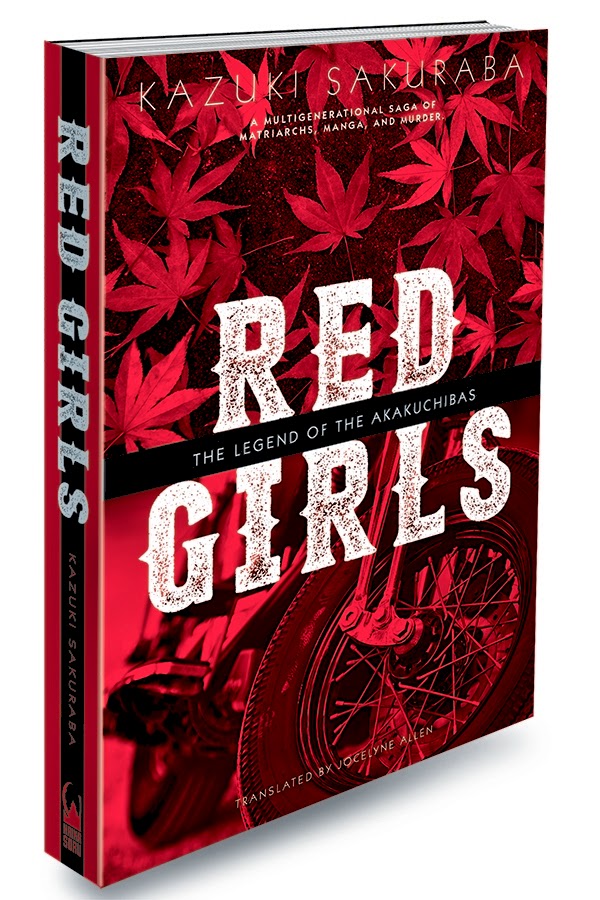 VIZ Media’s Haikasoru literary imprint has announced the release of its newest book with the publication of RED GIRLS: THE LEGEND OF THE AKAKUCHIBAS on April 21st, 2015.

Author Kazuki Sakuraba delivers a textured, multi-generational mystery that follows an aimless girl’s quest to find meaning and direction in her life as she uncovers the history, secrets and strange legends of her unique family.

RED GIRLS: THE LEGEND OF THE AKAKUCHIBAS will be available in print in an English edition from Haikasoru for $15.99 U.S. / $18.99 CAN. An eBook edition also will debut on April 21st for $9.99 (U.S. / CAN) for the Amazon Kindle, Apple’s iBooks Store, Barnes & Noble’s Nook Book Store, the Kobo eBooks Store, and the Google Play store.

When the outlanders abandoned a baby girl on the outskirts of a village, few imagined that she would grow up to marry into the illustrious Akakuchiba family, much less that she would develop clairvoyant abilities and become matriarch of the illustrious ironworking clan. Her daughter shocks the village further by joining a motorcycle gang and becoming a famous manga artist. The outlander’s granddaughter Toko—well, she’s nobody at all. A nobody worth entrusting with the secret that her grandmother was a murderer. This is Toko’s story.

“Toko Akakuchiba is an ordinary woman, from an extraordinary family.  When Toko sits to write her family history, she uncovers the truth about her grandmother’s past, and the woman’s clairvoyant powers,” says Nick Mamatas, Editor. “Author Kazuki Sakuraba skillfully creates an atmospheric multi-generational saga set amidst the turmoil of Japan’s postwar era. Readers will be swept up in the engrossing story of this legendary clan!"

Author Kazuki Sakuraba was born in 1971 and began publishing while still in college. Her early Gosick light novels were bestsellers and her adult fiction is also popular and acclaimed throughout Japan. RED GIRLS: THE LEGEND OF THE AKAKUCHIBAS won the Mystery Writers of Japan Award in 2007 and Watashi no otoko, a suspense novel about an incestuous relationship, won the Naoki Prize for popular fiction in 2008.

For more information on RED GIRLS: THE LEGEND OF THE AKAKUCHIBAS and the Haikasoru imprint, please visit the dedicated website at www.haikasoru.com.