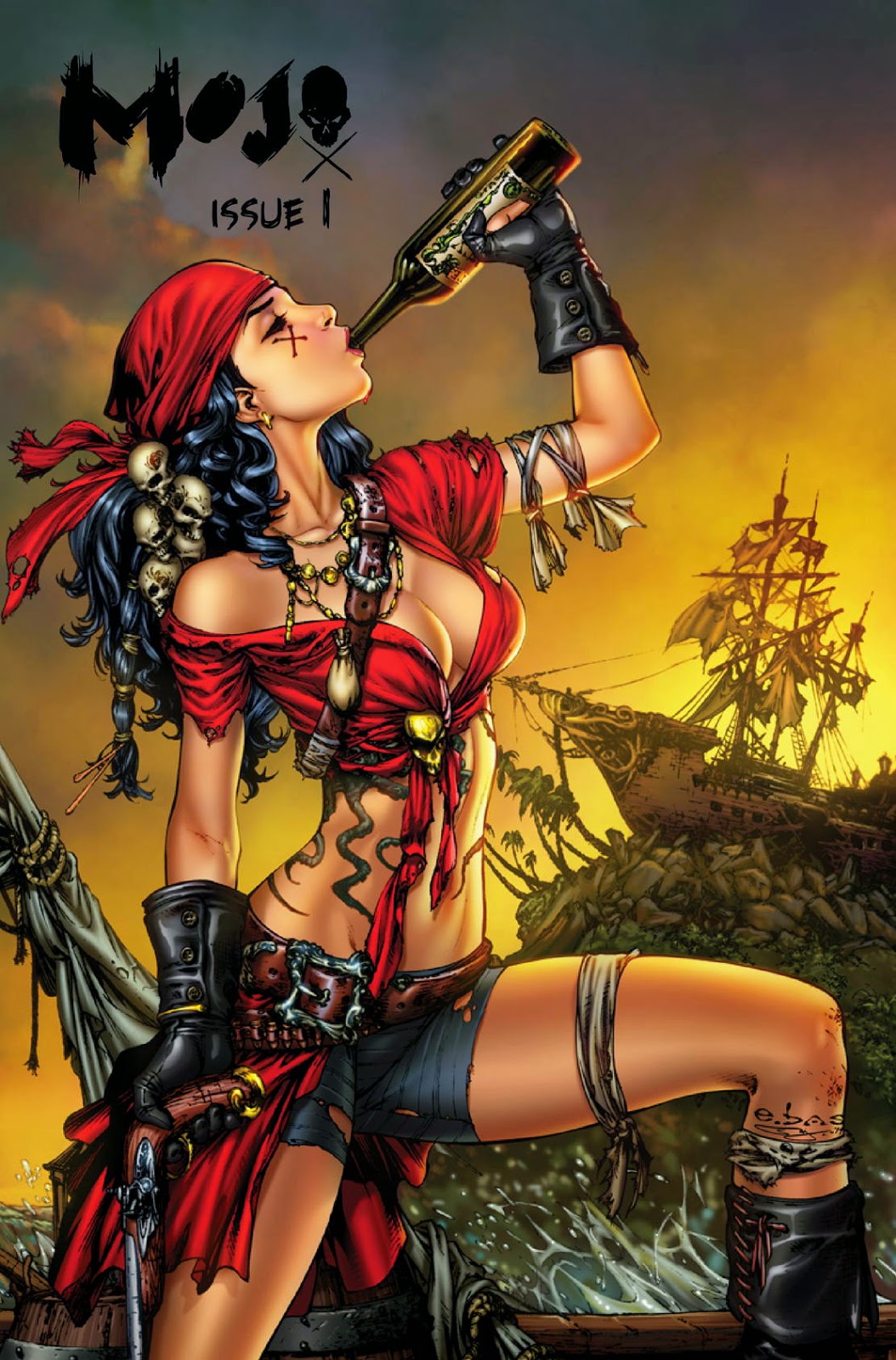 MOJO looks like a comic, with stunning e.Bas-covers but it's actually not. It's Eric's personal artbook in comic format that he is going to release every month.

It has Eric's personal character Captain Morgana and he will introduce Davey Jones in #2 as well as "The Mojo Girls".

Basically MOJO will be a mishmash of his sketches, layouts, color work, commissions and covers, but it will also have Captain Morgana's origin and adventures being told by Brittany Williams, combined with Eric's art to help tell the story, in a few pages.

The "contest" section is where Eric will host various contests for anyone to enter and "try" and have the winner choose ideas for the book or give-away's or prizes.

Eric wants to have fun with his dedicated base of fans and says: "For example, the regular edition for the football cover has Krystal Buchanan's husbands favorite team on it because she won the first contest. I really like the idea of all of you contributing, advising, consulting to the book as well, and I hope that it will get all of you involved."

Fans of sexy artwork can buy the regular edition on conventions Eric will be attending. The stunning cover as well as online variants via Anastacia Collections at (www.anastasiascollectibles.com/).

Posted by Leroy Douresseaux at 6:24 PM