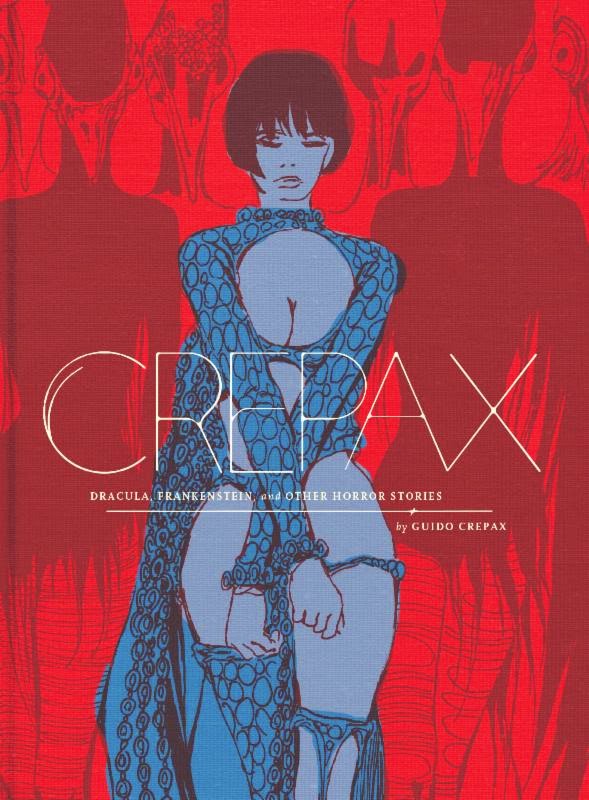 Crepax: Dracula, Frankenstein, and Other Horror Stories is the first book in the series. It features the artist's take on the eponymous literary works by Bram Stoker and Mary Shelley; a half dozen stories, some never before published, starring Valentina--arguably the strongest and most independent female character in European comics up till that time--from the '60s and '70s, and shows how Crepax influenced fashion, architecture, and the French New Wave.

Only a handful of Crepax's works have been reprinted in English, none currently available-until now. With more than 440 pages each of comics and contextual material from consulting editor Manuel Espírito Santo, comics historian Paul Gravett, erotica scholar Tim Pilcher, and testimonies of Guido Crepax heirs, these books will be the most complete and unabridged collections of the award-winning cartoonist Guido Crepax's work ever assembled.

Born in Milan, Italy, Guido Crepax (1933-2003) was an internationally acclaimed cartoonist. After he got his degree in architecture, he worked on national publicity campaigns for Shell and Dunlop, and illustrated book covers and record jackets. He began contributing to the seminal Italian comics magazine Linus in 1965, where his pop art and psychedelic surrealism-inspired graphics exploded into the public consciousness.