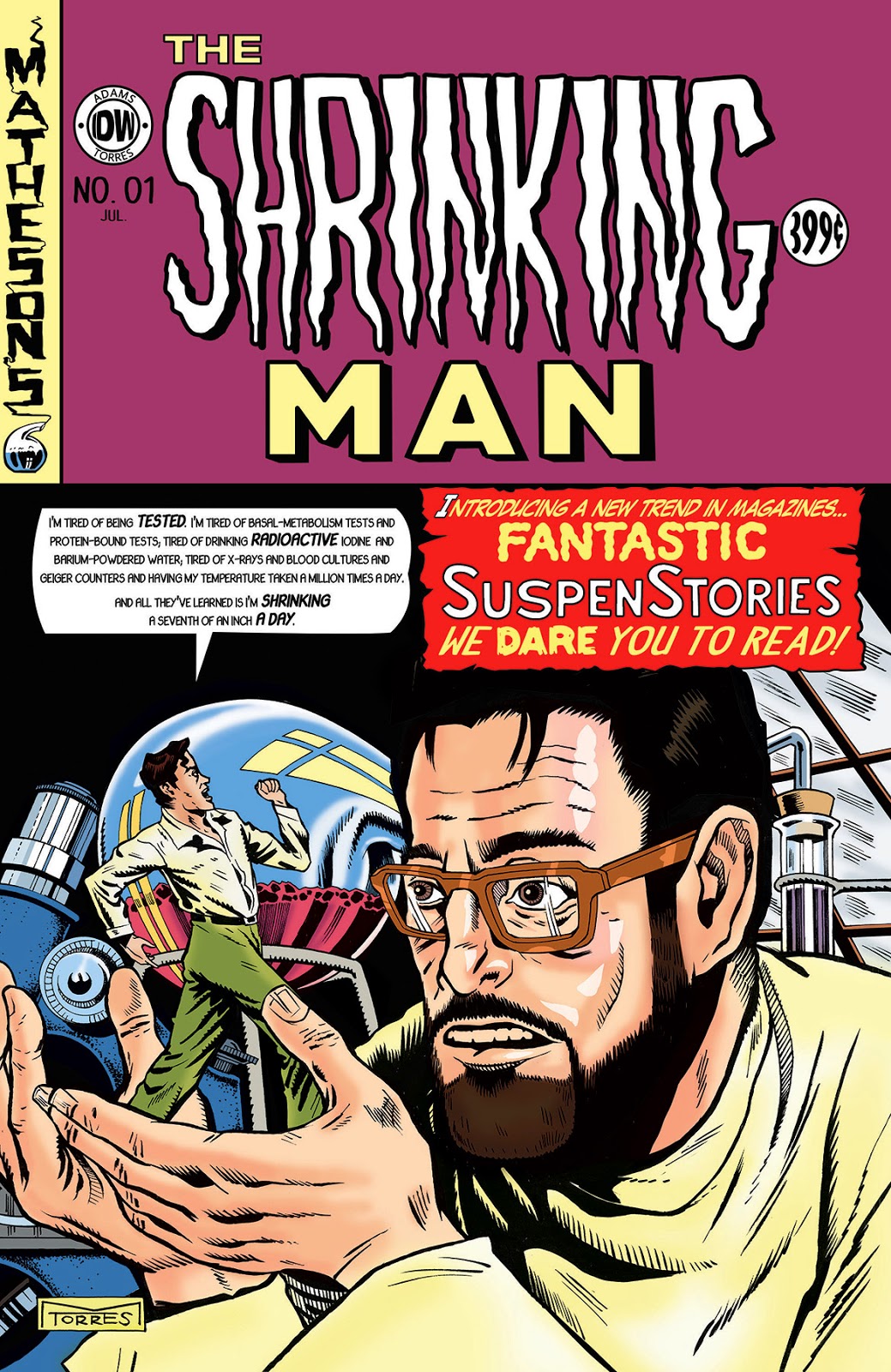 Matheson’s exploration of withering manhood and social norms is brought to vivid life in this 4-issue series. To further emphasize the series’ classic appeal, the debut issue will be a part of IDW’s month-long “EC Comics cover month” promotion. The Shrinking Man #1 will be one of a dozen IDW titles getting a variant cover that pays tribute to the classic EC Comics cover designs from the 1950s. The Shrinking Man #1’s homage to Al Feldstein’s brilliant Weird Science #12 from the June 1950 cover is also being drawn by series artist Mark Torres.

Originally published in 1956, The Shrinking Man has been adapted into a motion picture and won the 1958 Hugo award for best science fiction/fantasy dramatic presentation. This legendary tale chronicles the events of an average family man, Scott Carey, who, after being exposed to a mysterious cloud, comes to the frightening realization that he is shrinking slowly day-by-day. His everyday existence as a husband and father is thrown into chaos as he struggles with not just shrinking smaller and smaller but with the possibility that he may disappear all together. All ideas of normal fade as Carey becomes a national spectacle and his family converts into unreachable giants. He is pushed to the very limits of fear and existence with each passing day becoming a struggle just to survive.

Running IDW keeps me busy so I don’t have as much time to write as I’d like but when we decided to adapt Matheson’s classic novel, I knew I had to find the time. This isn’t just a great adventure story, it’s also an exploration into what it means to be a man when you can no longer provide for or protect your family. – Ted Adams, IDW’s CEO & Publisher

The Shrinking Man, part of IDW’s Five Featured Firsts, which sees a new series launching each of the five Wednesdays in July, takes its place alongside other IDW/Matheson collaborations including I Am Legend, Hell House, numerous short stories including the Eisner-nominated “Blood Son,” and Duel. Grab your copy before the stacks wither away at your local comics shop.