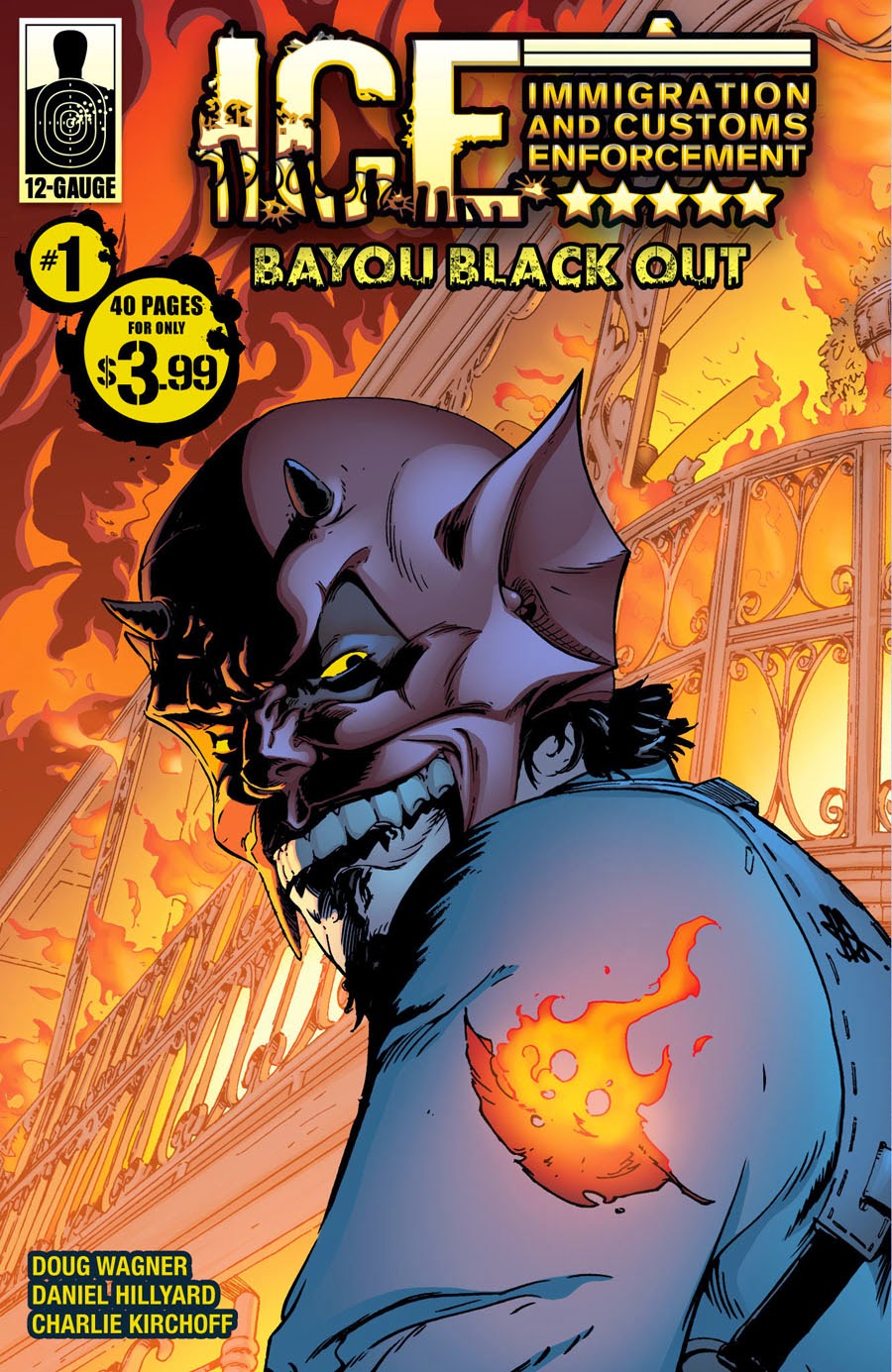 Synopsis:
The Infektsi, a group of Chechen mercenaries, have entered the city of New Orleans, leaving a trail of bodies in their wake. ICE agents Cole and Ezra head to Louisiana to try and keep the terrorists from taking out a main hub of the US power grid. Launching directly out of FCBD, you won't want to miss the Giant-Sized, 40-page issue of ICE: BAYOU BLACKOUT #1!


About the Publisher
12-Gauge Comics was founded by Keven Gardner in 2004 and currently publishes some of the most successful and critically acclaimed independent comic books in the marketplace today. Initial success came quickly for the company, when its debut title, THE RIDE, launched as the top-selling new black and white comic of the year in 2004. That was quickly followed by the release of Jason Pearson's smash-hit BODY BAGS, which sold out immediately. 12-Gauge then solidified its position as a force to be reckoned with by packaging THE O.C.T. (Occult Crimes Taskforce), an original comic book concept co-created and starring actress ROSARIO DAWSON. THE O.C.T. has been featured on "The Today Show," "Jimmy Kimmel Live!," "Access Hollywood," and many other media outlets.

In 2009 12-Gauge began to firmly solidify its unique identity by publishing under its own banner (prior titles were through Image Comics), starting with the company's first licensed property, THE BOONDOCK SAINTS: The Comic Series. Featuring original stories by series creator/director TROY DUFFY, the comics were a huge success. 12-Gauge then moved into the untapped market of country music with superstar recording artist TRACE ADKINS. In LUKE MC BAIN, Adkins lends his likeness to a hard-as-nails character in an adventure story of revenge and redemption. Adkins went on a wide publicity tour for the comics, with highlights being a guest appearance on "The Late Late Show with Craig Ferguson" and a feature story in "USA Today." Critical praise has continued to follow the release of other new titles, such as the high-concept series MAGUS,  R.P.M. from NYT #1 Bestselling author MICK FOLEY, the action-franchise ICE, gritty crime drama LOOSE ENDS, and Gale Anne Hurd's ANTI. For more information, please visit www.12gaugecomics.com or email info@12gaugecomics.com.